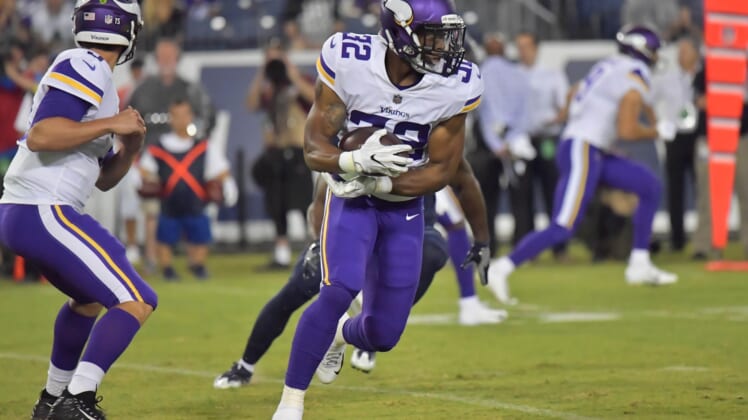 Minnesota Vikings running back Roc Thomas has been charged with felony drug possession stemming from an arrest in January.

Daren Sukhram of KSTP in Minnesota reported the news, citing a report that Thomas was arrested with more than 143 grams of marijuana.

JUST IN: @Vikings RB Roc Thomas charged with felony drug possession. A team spokesman says they "have expressed our disappointment directly to Roc … We will respect both the legal process and the NFL’s disciplinary process."

There’s obviously a lot that needs to play out. With that understood, it’s awfully hard to see this going well for Thomas. That’s an incredible amount of pot to be caught with.

Thomas, who was an undrafted rookie, played sparingly for Minnesota in 2018. He finished the year with eight carries for 30 yards and caught two passes for 21 yards.