Vikings cut K Kaare Vedvik only weeks after trading for him 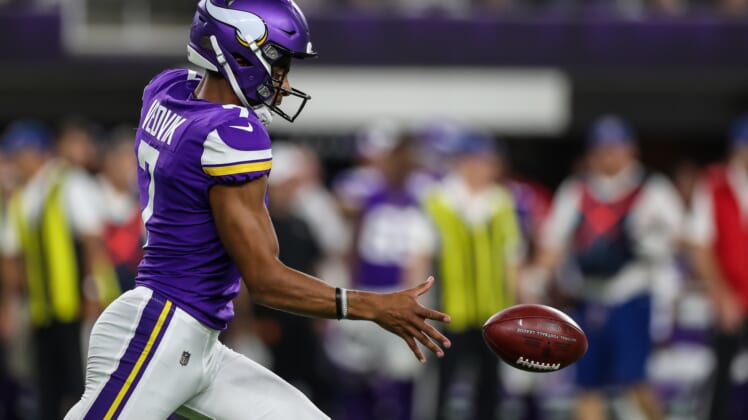 Less than a month after the Minnesota Vikings traded a fifth-round pick with the desperate hopes he could solve their kicking woes, they have now released him on Saturday.

The 25-year-old drew massive attention from multiple NFL teams when the Baltimore Ravens made him available in August. However, Vedvik’s stock quickly changed following a disastrous preseason in Minnesota.

He struggled as a punter and kicker throughout camp and the kicking woes carried over into the preseason action. Vedvik missed all three field-goal attempts during his time with the Vikings and it quickly became apparent he only had a chance to make the roster as a punter.

Vedvik will likely draw interest on the waiver wire because of his abilities to both punt and kick. He made 12-of-13 kicks across six exhibition games in Baltimore, so perhaps a new team can help him return to form.