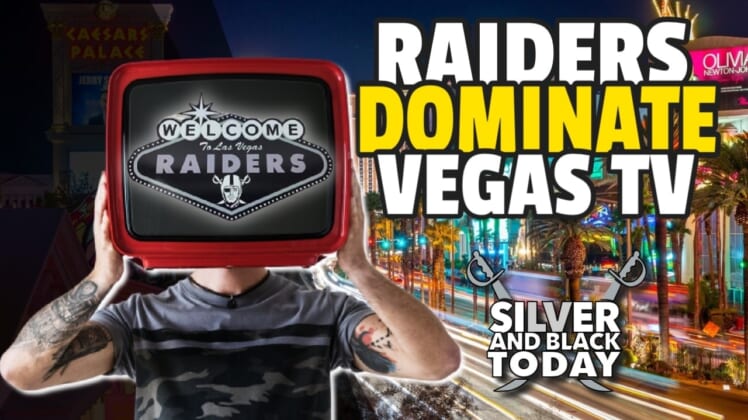 The Las Vegas Raiders may be new to town, but through a series of savvy local Las Vegas television content deals, the team is set to dominate the airwaves even before the hit the field for the first time.

While the NHL’s Vegas Golden Knights remain popular, and UNLV continues to flounder, the Raiders local television moves mean they are sitting pretty owning the smaller market many criticized after their approval for relocation.

The team talks about why the move from Oakland has already paid off for Mark Davis and the organizations 100x over.

We talk about why this shows the move to Las Vegas was a good one for the Raiders and how it’s made the organization stronger and more competitive long before they step on the field.