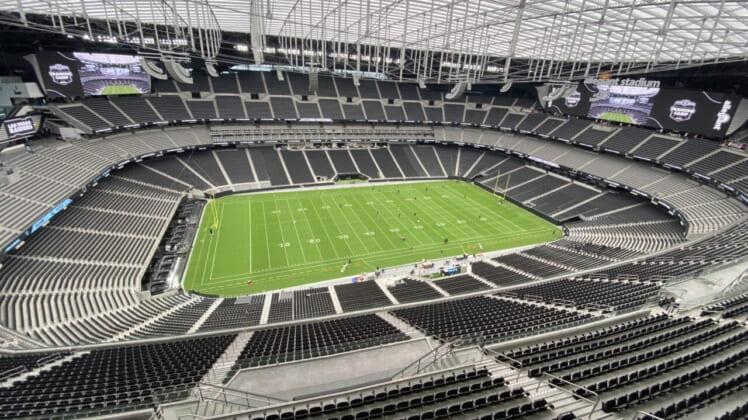 The Las Vegas Raiders training camp moved 7.2 miles north on Interstate 15 from Henderson to Las Vegas as the team gets ready to have its first simulated game action on Friday at Allegiant Stadium.

While the coaches will be focusing on how to pair down to the Raiders 53-man roster, the media was able to attend the scrimmage and get a look at the completed new home of the historic franchise.

Here are photos and videos I grabbed quickly from the press level on the west side of the stadium near the 10-yard line looking south.

Some photos as well:

The Raiders training camp day will consist of a 2-hour dress rehearsal scrimmage. We will have a full report on the scrimmage today and Monday on our Raider Nation Radio 920AM show from 2-4pm.

The new home of the Raiders will have to wait to wow fans, but by our time in it today, it’s a stunner and the Raiders have knocked this one out of the park.