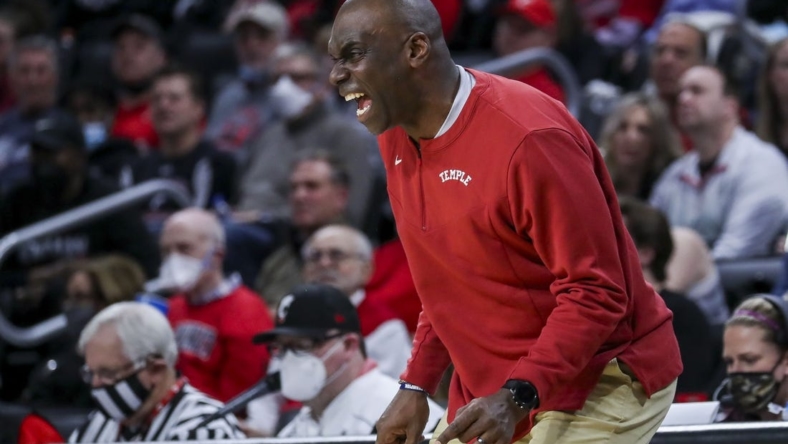 Ezra Manjon hit the go-ahead basket with 22.7 seconds remaining in overtime, and Liam Robbins scored five of his 20 points and recorded a key block in the extra session, as visiting Vanderbilt earned its first win, 89-87 over Temple on Tuesday night in Philadelphia.

Myles Stute went 7-of-10 from 3-point range (7-for-12 overall) and finished with 21 points for the Commodores (1-2), who overcame an 11-point, first-half deficit only to blow a 13-point lead in the second half before prevailing in overtime.

Temple’s Damian Dunn, who made seven 3s and had a career-high 38 points, converted a three-point play to put the hosts up 87-86 with 38.6 seconds left in overtime. But Manjon (11 points, nine rebounds) hit a short jumper and Tyrin Lawrence made one of two free throws for Vandy.

As time ran down, Temple’s Zach Hicks (20 points, eight rebounds) had his 3-point attempt blocked by the 7-foot Robbins.

Vandy trailed by 11 in the first half, but fought back to tie it 37-37 at the break. Quentin Millora-Brown gave the Commodores their first lead with a dunk to open the second half.

Vanderbilt’s Jordan Wright (18 points) scored six straight points during one stretch and Robbins followed with a slam for a 56-49 edge with just over 12 minutes to play. Shortly after, back-to-back 3s from Shute gave the Commodores a 62-51 lead.

Vanderbilt, which shot 54.3 percent for the game, led 66-53 with a little more than eight minutes to play, but Temple used a stretch of four consecutive 3s to get within five. After going down 76-71, the Owls scored the final five points of regulation — highlighted by another Dunn 3 before Hicks hit two free throws.

Temple hit its first three 3-pointers of the game and made five of its first eight attempts from the field. The Owls led 22-11 with just under 13 minutes left in the opening half.

However, the Commodores chipped away, thanks to an 8-0 run. Meanwhile, the Owls went more than five minutes without a basket and ended up shooting 38.7 percent from the field — and made just two of their final nine 3-point attempts of the half.