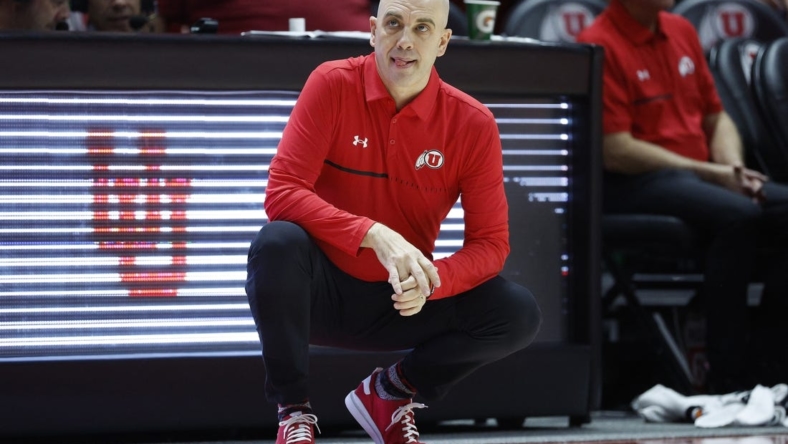 Gabe Madsen scored a career-high 25 points to lead Utah to a 72-44 victory over Cal State Bakersfield in Salt Lake City on Friday night.

Utah (2-0) held its opponent under 50 points for the second consecutive game. The Utes dominated around the basket, outscoring the Roadrunners 28-8 in the paint and 12-4 in second chance points. Utah also scored 20 points off a dozen turnovers.

Antavion Collum scored a career-high 14 points to lead Bakersfield. Kaleb Higgins added 13 points and made four 3-pointers to account for all of his team’s outside baskets. Modestas Kancleris finished with a team-high 11 rebounds.

The Roadrunners (1-1) struggled to generate consistent offense against the Utes and lengthy shooting droughts in both halves doomed the Big West squad. Bakersfield shot 30% from the field.

The Roadrunners did not score their first points until Higgins made back-to-back 3-pointers about 7 1/2 minutes into the first half. Bakersfield missed 12 consecutive shots to open the game and shot 31% from the field before halftime.

Utah opened the game on a 14-0 run highlighted by three baskets from Branden Carlson. The Utes had an answer every time the Roadrunners cut into the lead. Madsen made four 3-pointers before halftime and his fourth outside basket sparked a 9-0 run that extended Utah’s lead to 36-16.

Bakersfield endured another sluggish start on offense to open the second half. The Roadrunners missed 11 of their first 12 shots after halftime and scored three points over an eight-minute stretch.

Utah took advantage of the drought to build a 55-26 lead. Ben Carlson and Madsen contributed three baskets apiece in fueling the 19-3 run that sealed another easy victory for the Utes.