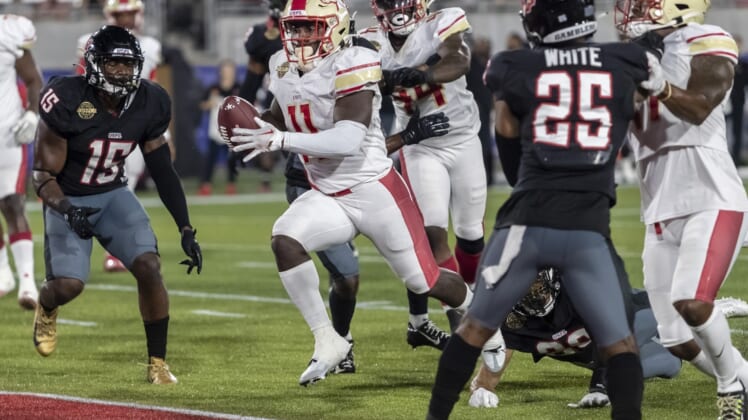 The USFL revealed a schedule of all divisional matchups for Week 4 of its inaugural season Monday.

The Philadelphia Stars will face the Michigan Panthers on May 6 at 10 p.m. ET (9 p.m. local time in Birmingham, Ala.), with the game televised on FS1.

A Saturday doubleheader will see the New Jersey Generals face the Pittsburgh Maulers at 2:30 p.m. ET (Peacock) and the Tampa Bay Bandits oppose the Birmingham Stallions at 7 p.m. ET (FOX).

The Houston Gamblers and New Orleans Breakers will also be on national television when they wrap up Week 4 on May 8 at 3 p.m. ET.

The USFL plans to announce game assignments no later than the Monday two weeks before a given week. Week 3’s game assignments were previously announced, with the game of the week likely to be Birmingham and New Orleans — the two remaining unbeaten teams — going at it on Saturday at 8 p.m. ET on Fox.

Protective Stadium in Birmingham, Ala., is the site of the entire first season of the revived USFL.