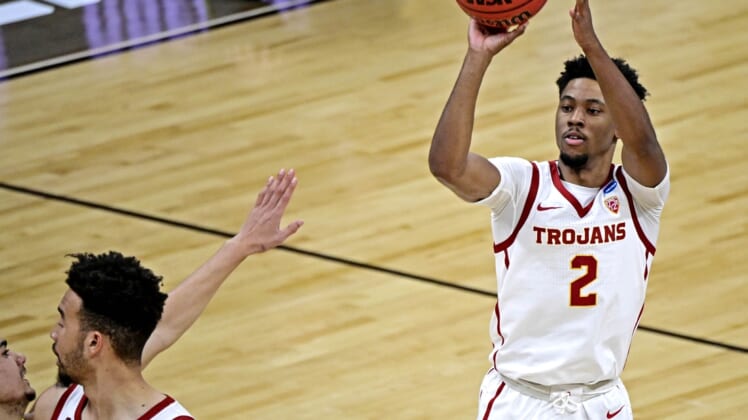 Eaddy averaged 13.6 points per game in helping USC to an Elite Eight run in the NCAA Tournament. He led the Trojans in assists with 2.8 per game.

“I am so grateful to have had the opportunity to create relationships and memories with so many amazing people here at USC,” Eaddy said in a letter to USC in an Instagram post.

“Thank you to Coach (Andy) Enfield and the entire staff for believing in me and giving me the opportunity to be a part of something special.”

It was Eaddy’s only season in Los Angeles after transferring from Santa Clara. Eaddy was named Second Team All-Pac-12.

The Trojans finished 25-8 after a stellar run in the tournament. USC beat Kansas and Oregon before dropping an 85-66 decision to Gonzaga in the Elite Eight.