Jacksonville Jaguars head coach Urban Meyer arrived in the NFL expecting to create a winning culture early on. Through his first few months on the job, it seems there are more losses and signs of trouble than any steps toward a positive future.

Jaguars owner Shad Khan reportedly sought Meyer as the team’s next coach long before he even fired Doug Marrone. The college football legend lacked NFL experience, but Khan believed he would implement a culture that would turn the franchise around.

Things immediately got off to a rough start. Allowed to assemble his coaching staff, Meyer hired longtime friend Chris Doyle. Doyle, who was let go by Iowa after multiple claims of his racism towards student-athletes, resigned a day later after Meyer faced immediate criticism for the hire. 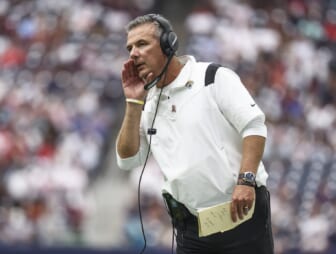 Other issues persisted during the summer, putting the Jaguars under the spotlight. Many saw that as coming with the territory when hiring Meyer, a justifiable cost for a winning team. But the Jaguars went 1-2 in the preseason and, according to CBS Sports’ Jason La Canfora, there are real signs of trouble.

La Canfora wrote he spoke to multiple people around the league who identified major red flags this offseason. Among them, there are repeated issues with other coaches on the staff and Meyer’s temper is creating additional issues inside the building.

“He has everyone looking over their shoulders already. He becomes unhinged way too easily, and he doesn’t know how to handle losing, even in the preseason. He loses it and wants to take over the drills himself. It’s not good.”

The Jaguars hired Meyer knowing it meant giving him control of the roster and coaching staff, they wanted this team to be built exactly how he wanted. As an inexperienced coach, he did bring on respected names who could help ease his transition to the NFL.

Meyer has reportedly had difficulties working within the NFL calendar, causing issues with players and coaches. He was fined for violating practice rules this summer and previous reporting suggested players were taking issue with some of the things he did.

Everyone expected his transition to the NFL would be difficult and coaching grown adults who have more power and a union might be challenging. But Meyer’s issues with the coaches are surprising, even more so for the reason one source pointed out to La Canfora.

“You can’t freak out about preseason games and belittle your coaches — on a staff you handpicked — every time things don’t go your way. It’s not going to work here.”

The Jaguars lost in humiliating fashion to open the 2021 season, with the Houston Texans putting the game away early. With it becoming increasingly evident that there are issues on the roster and the coaching staff, it creates added concerns about just how many games this team wins in 2021. 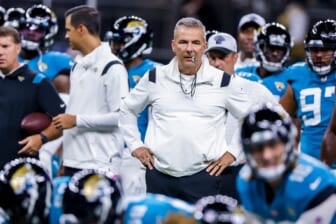 Meyer is under contract for six years, but it seems many would view it as a surprise if he even makes it halfway through the deal.