Upset Picks for Week 1 of the NFL Season

Week 1 of the 2014 regular season is mere hours away. The defending Super Bowl champion Seattle Seahawks will kick off the year against Aaron Rodgers and the Green Bay Packers this evening in the Pacific Northwest.

This begins a slate of 16 games to kick off the regular season. In what will be a continuing theme throughout the year, we will be providing our upset picks for Week 1.

We start with the game set to take place at CenturyLink Thursday evening.

.@SI_PeterKing asks Aaron Rodgers what it's like to play Seattle & the #12thMan
His answer: http://t.co/z35i1HJ8t4 pic.twitter.com/IJFnO9FuVx

Green Bay heads into the Pacific Northwest against the defending Super Bowl champions to square off in the opening game of the 2014 NFL regular season. If this isn’t a perfect firestorm for Aaron Rodgers and Co. to get blown out, I have no idea what is.

But it’s also a prime opportunity for one of the most-talented teams in the NFL to make a statement on the biggest stage. Rodgers leads a multi-dimensional Packers offense to face off against the Legion of Boom. And at the end of the day, he will come out on top.

Lost in Seattle’s complete domination on defense is the fact that it yielded 130-plus rushing yards seven times during the regular season last year. Now without Red Bryant to fill the holes on the outside, there could be some issues stopping the run. While Kevin Williams looks to clog things up inside, I just don’t envision a scenario where the Seahawks will be able to hold down Eddie Lacy in this one. The second-year running back from Alabama put up at least 80 total yards in 11 of his final 13 outings last season. Similar numbers will give Green Bay the balance it needs on offense to succeed in this one. 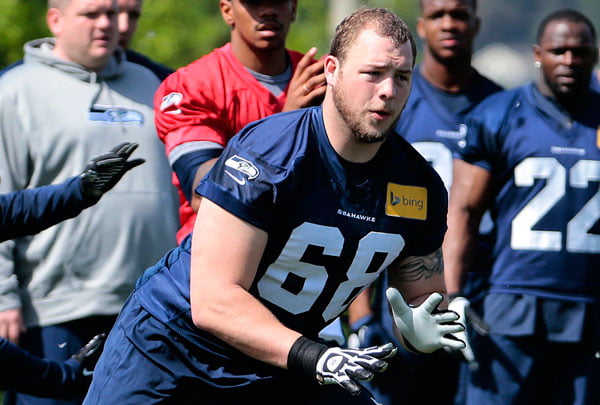 Courtesy of Seahawks.com: Britt is going to have his hands full Week 1.

In determing that the Packers will upset Seattle, I took a look at one other issue for the Super Bowl champs. They are going to be running rookie right tackle Justin Britt out there against what promises to be a much improved pass rush from Dom Capers-led Packers defense. We already have a good idea that Green Bay will throw Clay Matthews in Britt’s direction throughout the game. In addition to this, Seattle will have to move extra blockers to that side in order to contain the Pro Bowl pass rusher. That will leave Julius Peppers to do his thing on the opposite end of the field. This could be a huge issues for the Seahawks throughout the game. 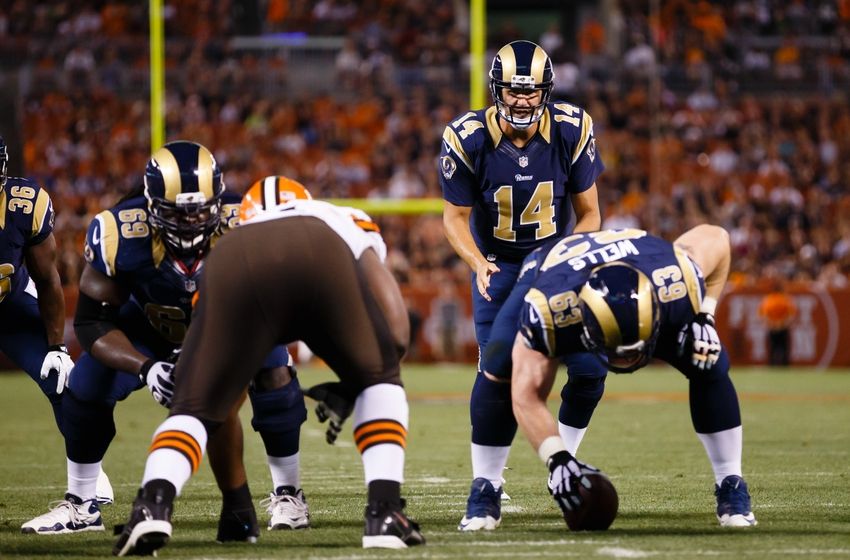 Courtesy of USA Today: Hill will be fine this season, but it’s going to be difficult initially.

St. Louis heads into Week 1 as favorites against what promises to be a much improved Vikings team. It does so without the services of starting quarterback Sam Bradford for the entire season. With Shaun Hill just recently taking first-team reps in practice, it’s going to be somewhat of a learning curve for him. Without a ton of consistent receiving options, Hill will find it rather difficult to find success through the air in this one.

Defensively, the likes of Robert Quinn and Chris Long could very well be held in check by Matt Kalil and Phil Loadholt. This will give Matt Cassel time to find speedster Cordarrelle Patterson against a less-than-stellar Rams secondary. If Adrian Peterson is able to provide some sort of success on the ground, Minnesota might very well pull off a minor upset in this one. 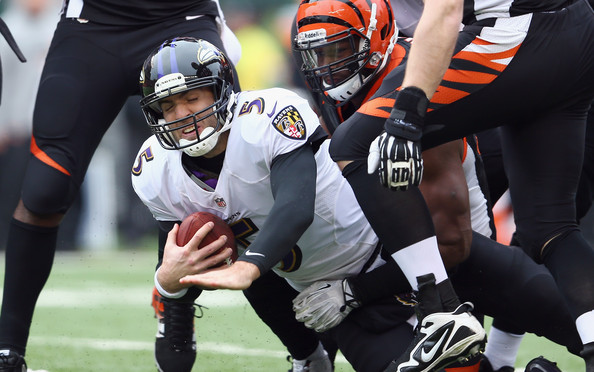 Courtesy of Zimbo.com: Flacco and Co. will find it tough against a solid Bengals defense.

Baltimore is slightly favored in this one because it is playing at home against the defending AFC North division champions. But without the services of Ray Rice, it is going to have a hard time finding a consistent ground game against a Bengals defense that ranked fifth in the NFL in rushing yards allowed last season.

Needless to say, Joe Flacco isn’t going to have the balance he needs on offense to avoid mistakes in this one. That could very well lead to some short fields for Andy Dalton and Co, who were firing on all cylinders during the preseason under new coordinator Hue Jackson. The reality here is that Cincinnati is a much better team than Baltimore and should come out on top without much of a problem come Sunday.