Union, unbeaten in 6 straight, look to extend run vs. Revolution 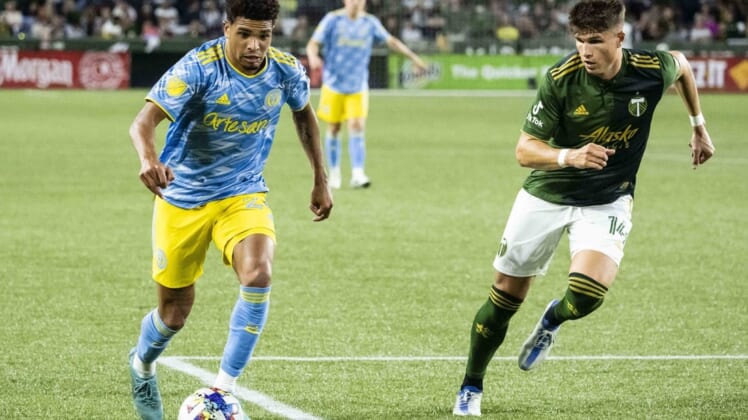 The Philadelphia Union will look to extend their unbeaten streak to seven matches on Saturday when they visit the New England Revolution in Foxborough, Mass.

The Union (6-1-6, 24 points) followed up five consecutive draws with a 2-0 cross-country victory over the Portland Timbers on Sunday.

Daniel Gazdag used a bicycle kick to open the scoring in the fifth minute against the Timbers. The goal was his team-leading seventh of the season and marked his sixth straight road game in which he has provided a goal contribution.

“I’ll be the first to say I respect all the other players in the league, and I know how good and talented some of the leading MVP candidates are. But I’m here to tell you I think Daniel should be a name that’s brought up now, because he’s doing that well,” Philadelphia coach Jim Curtin said.

Like the Union, the Revolution (4-5-3, 15 points) are riding a pronounced unbeaten streak in MLS play. New England extended its run to four matches (2-0-2) with a 3-2 victory over FC Cincinnati last Saturday.

The Revolution haven’t been shy with their offense, either. They have scored multiple goals in a franchise-best seven straight MLS matches.

Like Gazdag, Adam Buksa extended his team-leading goal total to seven by tallying against FC Cincinnati. Buksa, in fact, has scored a goal in six consecutive MLS matches to move within one of Wolde Harris’ franchise record set in 2000.

Carles Gil notched an assist in his fifth straight MLS match, equaling his own franchise record set last season that he shares with Steve Ralston (2002).

The Revolution are coming off a 1-0 loss to NYCFC in the U.S. Open Cup on Wednesday.

“It was good for some of our young players to get this kind of experience. We were in that game right until the end,” New England coach Bruce Arena said. “So, I’m disappointed obviously in losing the game, but I thought it was a really good effort on the part of our team.”