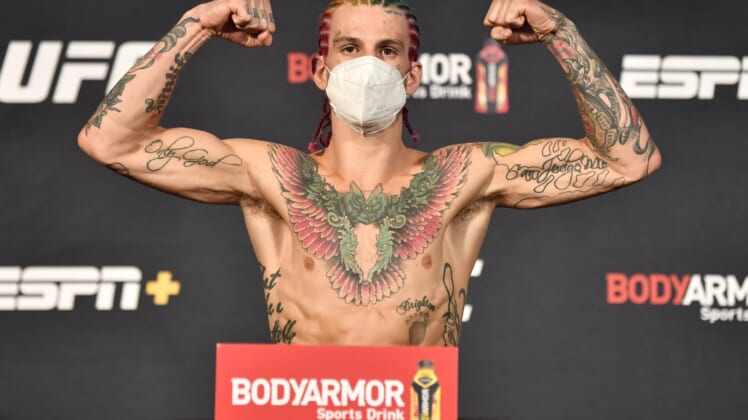 Sean “Sugar” O’Malley entered Saturday’s co-main event against Marlon Vera 12-0 in his career and as a major favorite to remain undefeated. He was also ranked 14th in the bantamweight division with dreams of potential championship contention.

Unfortunately, the 25-year-old Montana native will have to wait his turn. After suffering what appeared to be an ugly foot injury in Round 1, O’Malley was on the receiving end of a vicious sequence from Vera, resulting in his first ever loss.

Yeah, that’s what we call around these circles a “ground and pound” knockout. Just insane given the dominance O’Malley has displayed as recently as back in June against Eddie Wineland. Although, the injury obviously impacted him big time here.

As for Vera, he rebounds from a May 16 loss to Yadong Song and should be in the newest rankings in the bantamweight division.

It goes without saying that the UFC world had its reactions to Saturday’s stunning results in Vegas.