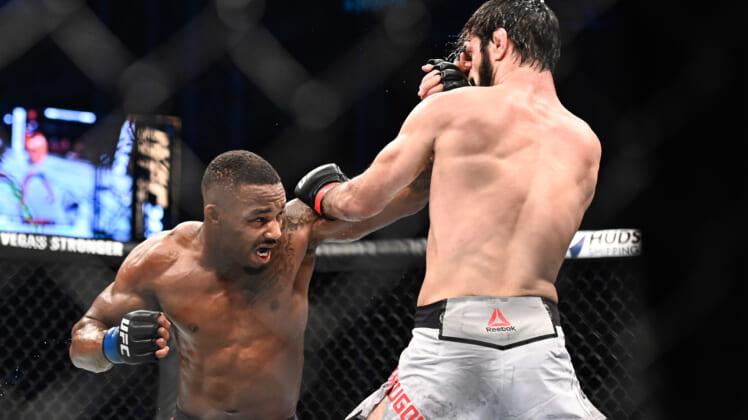 Undefeated UFC featherweight Lerone Murphy revealed on Tuesday that he nearly bled out and died after a serious bicycle accident.

England’s Murphy is one of the top prospects in the UFC’s 145-pound division. After debuting for the organization in September of 2019, he has gone unbeaten in his first four bouts and scored his biggest victory yet when he earned a knockout victory over Octagon veteran Makwan Amirkhani in October at UFC 267.

While few fighters in the UFC have been able to derail his hot streak, an unaware driver almost ended the talented fighter’s life recently. In a Tuesday post to his Instagram account, the 30-year-old uploaded a picture laying in a hospital bed with his head heavily bandaged. In the caption for the post, he explained what landed him in the emergency room, and how he almost lost his life in a bike accident.

Lerone Murphy nearly bled out and died after bike accident

“Ffs I can’t catch a break. Another near-death experience. Yesterday while cycling, an oncoming car turned right without looking and we collided at speed. Which caused a nasty head wound. The ambulance took 45 minutes to arrive which nearly caused me to bleed out. I’m here still breathing for a greater purpose clearly,” Murphy wrote.

As he mentions in the post, this is not the first time Murphy has had a near-fatal experience. In 2013, he was shot in the face and neck after leaving a barbershop. Being able to survive that horrifying incident is what earned him his nickname of “The Miracle.”

Lerone Muprhy’s next fight was not yet scheduled. However, following this latest near meeting with death, any likely fight dates will surely be pushed back a couple of months as he heals from his head wound.