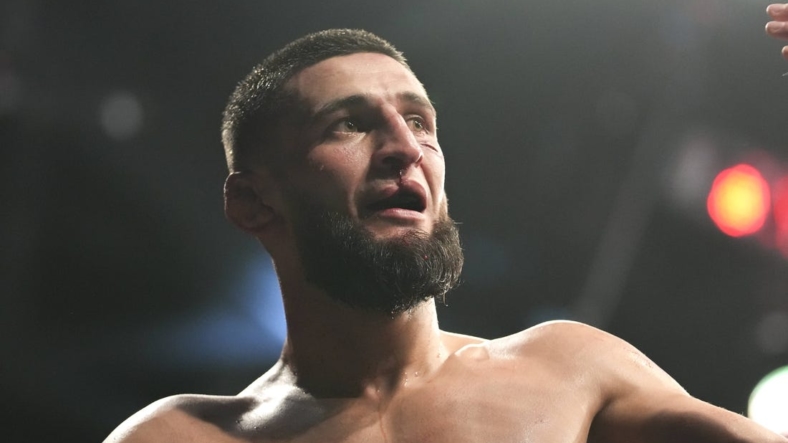 Khamzat Chimaev weighed in 7.5 pounds over the 171-pound welterweight limit on Friday, leading the UFC to negotiate three new fights one day before UFC 279 in Las Vegas.

Chimaev (11-0), the Chechnyan fighter living in Sweden, was set to face longtime fan favorite Nate Diaz (21-13) in the main event. In another bout, Kevin Holland (23-7) was supposed to fight Daniel Rodriguez (16-2).

Now, Chimaev will face Holland in a middleweight fight, Tony Ferguson was announced as a replacement opponent for Diaz and Rodriguez will fight Li Jingliang of China. Ferguson (26-7) and Jingliang (19-7) were scheduled to square off prior to the reshuffle.

Remarkably, the new Chimaev-Holland matchup comes one day after the two fighters got into a scuffle backstage at the UFC 279 press conference.

The pay-per-view event is scheduled for Saturday night at T-Mobile Arena.

“Obviously, when something like this happens, you got guys that trained for another guy for a long time,” UFC president Dana White said in a live Instagram video Friday night. “Getting these guys to agree to different fights can be a little tough sometimes, but we got them all done, they’re locked in.”