UC Irvine beats No. 21 Oregon for first time in 40 years 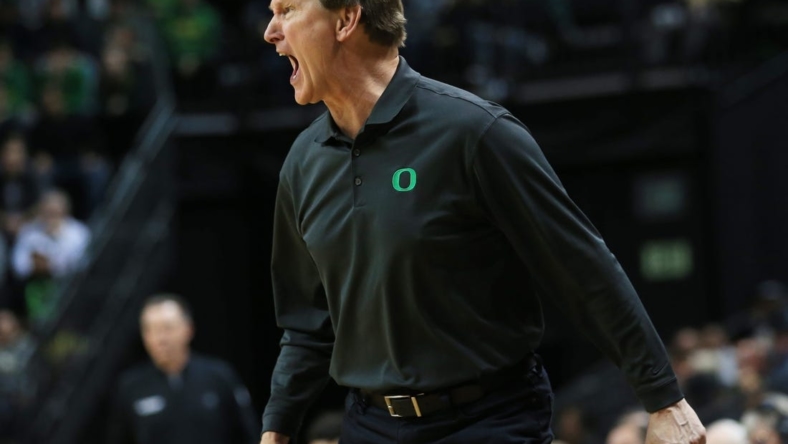 Unranked UC-Irvine stunned No. 21 Oregon 69-56 Friday night in Eugene, Ore., taking control late in the first half and pouring it on in the second on its way to the upset.

UC-Irvine (2-0) ended Oregon’s six-game winning streak in the all-time series and defeated the Ducks (1-1) for the first time since 1982.

Davis hit a pair of 3-pointers and a jumper during that stretch and Andre Henry finished the half with a 3 as UC-Irvine hit seven from long distance to zero in seven attempts for the Ducks.

Things got no better for Oregon in the second half, as the Anteaters went up 46-26 on a Davis scoop shot. Then Davis and Devin Tillis knocked down back-to-back threes for a 52-28 lead with 15:57 to play.

N’Faly Dante led the Ducks with 20 points and nine rebounds. Oregon found success going inside to the big man Dante early, but largely abandoned it as the Ducks fell behind and had to shoot from long range while trying to rally.

Oregon made only 4 of 21 3-point shots (19 percent) on one of the most disappointing nights it’s had on its home floor in recent years. The Ducks made only 32.7 percent of their field goal attempts (17 for 52).

The Anteaters led by as many as 27 in the second half and no less than 13. The score wasn’t indicative of how much the Anteaters dominated as Oregon finished the game on a 13-3 run with the outcome no longer in doubt.