Tyreek Hill will play on Thursday night vs. Chargers 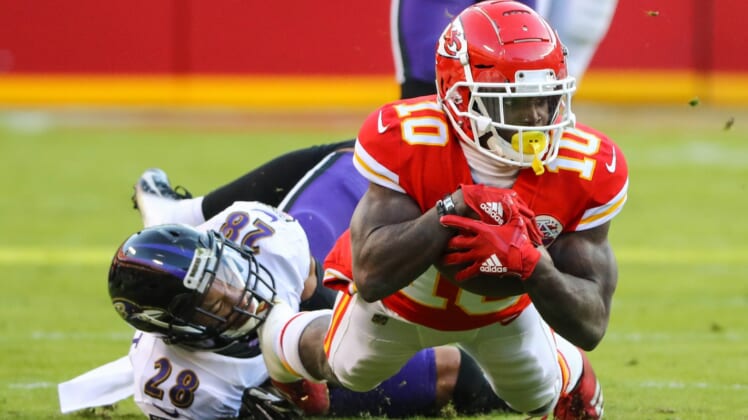 A short week will not keep Tyreek Hill from suiting up for the Kansas City Chiefs against the Los Angeles Chargers in Week 15.

ESPN’s Adam Schefter reported that Hill, who’s dealing with heel and wrist injuries, is expected to play on Thursday night.

This would seem to go in line with Tuesday’s news regarding his foot injury. An examination showed that there was “nothing serious” to worry about.

This is obviously good news for the Chiefs. Hill not playing would have been a huge hit to Kansas City. Hill is second in the NFL with 1,258 receiving yards and fourth in receiving touchdowns.

A Chiefs win on Thursday would clinch the AFC West and. Depending on what happened over the weekend, it could clinch the No. 1 seed in the AFC. If the Chargers win, they’d draw even with the Chiefs with two weeks to play in the regular season.