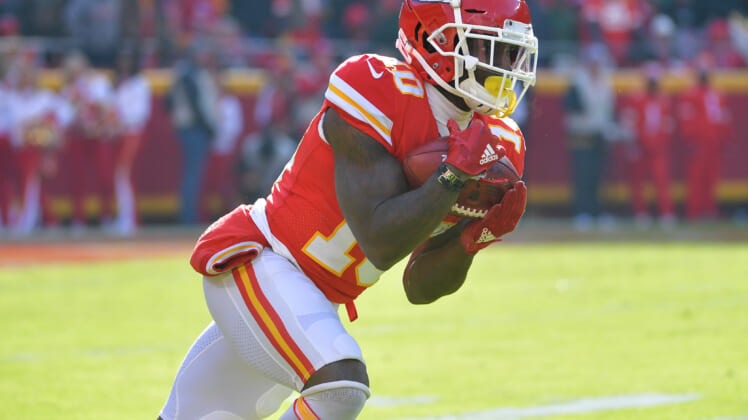 Typically, when a franchise has a player with as much offensive talent as Tyreek Hill has, they don’t allow their playmaker to potentially break the game open on kick or punt return attempts. This is mainly due to the increased injury risk associated with returning kicks, not to mention a desire to keep players fresh for the first play on the drive, as long as the player doesn’t take the return in for six.

Yet, for the best of the best, like “Primetime” himself, Deion Sanders, sometimes when the moment calls for it, the elite returner will emerge in an attempt at a quick score, maybe in a playoff matchup or a one-score game. Whatever the situation, it’s not uncommon for teams to put their top offensive weapon, like CeeDee Lamb back on kick or punt returns when they are in dire need of a big play.

We saw this with Tyreek Hill during his days with the Kansas City Chiefs (that still feels weird to type), but that may no longer be the case now that he’s back home, in Miami swimming with the Dolphins.

As Miami Dolphins general manager Chris Grier noted shortly after the trade, Tyreek Hill let it be known, he wants to be the return man in Miami.

“Tyreek, the first thing he said was I want to make sure I’m back there, getting a couple of returns every game,” Grier said.

The few returns per game bit was particularly noteworthy. It’s as if Hill isn’t afraid of being the team’s top punt returner. While this sounds like a fun plan while we’re in the offseason, the Dolphins’ feelings may change once their new racecar pulls up to training camp, hoping to keep his wheels in good shape for fall.

“We’re fortunate with him, (Jevon) Holland, (Jaylen) Waddle,” Grier said. “We have guys that can do it. They’re all big contributors on their side of the ball as well. And we also have a couple other guys that can return. So we’re not really worried about the return game.”

Plus, as Grier mentioned, the Dolphins already have Jaylen Waddle, who wasn’t used often on returns as a rookie either. Perhaps in an effort to also keep him healthy, or maybe because they like what Jevon Holland offers as a punt returner. Basically, while Cheetah may be the most accomplished return man on the squad, the Dolphins have several other fish hoping to get a nibble at the gig.

In other words, while the Dolphins will take the added benefit of Hill being a versatile weapon, they didn’t acquire him for his ability in the return game, they’re more concerned about what he can add to an offense led by Tua Tagovailoa. Behind a newly reinforced offensive line, the sky is the limit in 2022.

Then again, when the game is on the line, and they have Tyreek Hill and his four career punt return touchdowns sitting on the sideline, we just might see a Cheetah take the field. In this case, I don’t think fans would take any issue with the rare sighting.