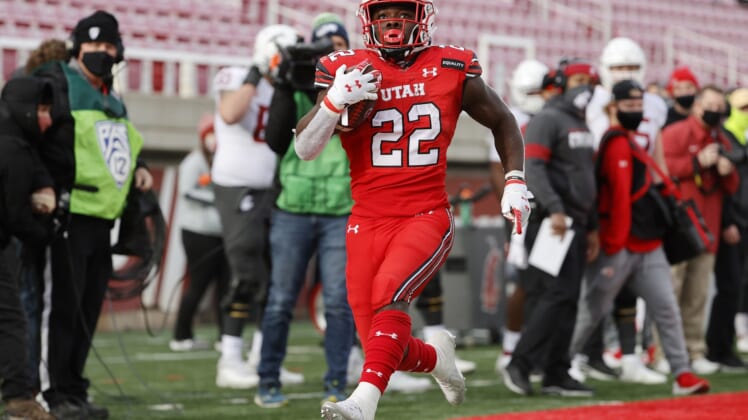 Utah Utes freshman running back Ty Jordan, one of the biggest breakout stars in college football, reportedly died in an accidental shooting on Saturday morning.

Jordan, who joined the Utes this season, became one of the best running backs in the Pac-12 Conference as a freshman. Sadly, just days after playing in the final games of his first collegiate season, Jordan has reportedly died.

A woman claiming to be a family member of Jordan’s shared on Saturday morning that Ty Jordan was shot and killed. According to KUTV’s Jake Edmonds, the freshman running back died after an accidental gun discharge.

Jordan was just named the Pac-12’s newcomer of the year by the Associated Press on Christmas Day. He also received All Pac-12 Second-Team honors, a rare accomplishment for a true freshman.

Utah Utes head coach Kyle Whittingham released a statement mourning Jordan’s loss and remembering the impact he made on the program and his teammates.

Our thoughts and prayers go out to Ty Jordan’s friends, family and the Utah Utes.

Jordan enrolled at Utah as a four-star recruit by ESPN after dominating at West Mesquite High School in Mesquite, Texas. He earned co-district 7-5A Offensive Player of the Year honors in his senior year, finishing with 13 100-yard rushing games in his high school career.

Upon joining the Utes, Jordan quickly earned playing time. After receiving eight touches in his collegiate debut against USC, finishing with 53 scrimmage yards, his game blossomed from there. Jordan erupted for 97 rushing yards against the Washington Huskies on Nov. 28, proving himself as an explosive runner.

Over Utah’s final three games, Jordan became the featured running back in the offense. He ripped off three consecutive performances with 140-plus rushing yards and at least one touchdown. On Dec. 19, in the season finale against Washington State, Jordan ran for 154 yards and scored a season-high three touchdowns.

In only five games, Jordan compiled 597 rushing yards and six touchdowns. He averaged a stellar 7.2 yards per carry, making his mark as a home-run threat in the offense. He also contributed in the passing game, hauling in 11 receptions for 126 receiving yards.

Ty Jordan graded as Pro Football Focus’ best running back in the Pac-12 this season and was viewed as the new star who would carry Utah to greatness.