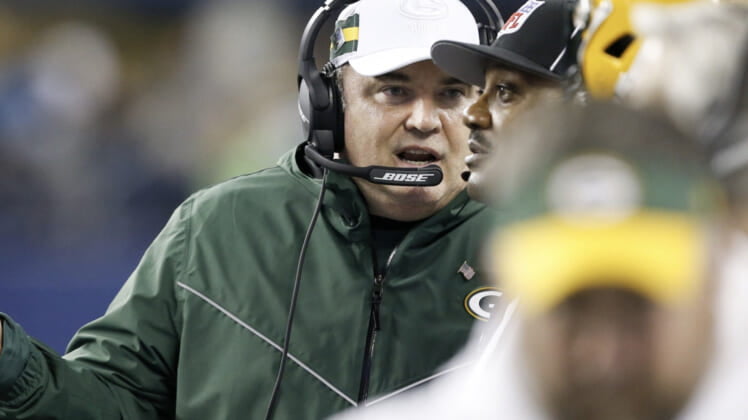 Mike McCarthy’s long tenure as the Green Bay Packers’ head coach has now come to an end. Following the team’s brutal 20-17 home loss to the hapless Arizona Cardinals on Sunday, the Packers have fired the head coach.

“The 2018 season has not lived up to the expectations and standards of the Green Bay Packers,” Packers CEO Mark Murphy announced, via the team’s official website. “As a result, I made the difficult decision to relieve Mike McCarthy of his role as head coach, effective immediately.”

Fans have been calling for McCarthy’s head over the past several weeks. But once the team lost at home Sunday to drop to 4-7-1 on the season, it was clear that he wasn’t going to be long for the job.

McCarthy’s career in Green Bay ends with him having posted a 125-77-2 record en route to leading the team to one Super Bowl title.

Needless to say, fans and the media had instant reactions to this news throughout social media.

Packers fans when hearing the news of Mike McCarthy being fired pic.twitter.com/F6nHA2tHai

When it's time to save the Packers. pic.twitter.com/EfeNVyl1ym

That rocky relationship is over.

The writing was on the wall for coach Mike McCarthy and losing to the Cardinals at home was the final straw. He won a Super Bowl, but Green Bay was already plotting to move on. Instead, they made an early call. He’s out and will be very desirable.

Wow, lose to the Cardinals and you get fired. Packers just announced Mike McCarthy has been fired.