Twitter has a blast with Adrian Beltre’s lumbering, uncontested steal of third base 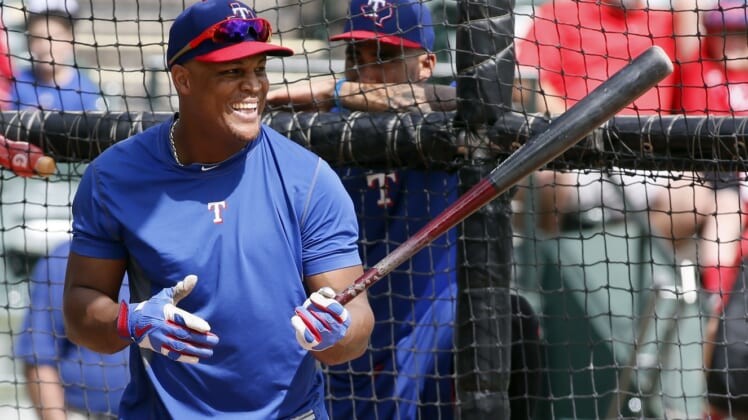 That didn’t matter on Wednesday night as the Texas Rangers battled the Los Angeles Dodgers. Right after Beltre doubled to pass the late, great Tony Gwynn on the all-time hits list, he stole third base.

And the Dodgers were completely helpless against it, too, as they were playing the shift and literally had nobody covering third. The savvy veteran took complete advantage of this fact and lumbered his way to the corner.

Consistency is a skill.

Adrian Beltre, bad hamstring and all, just stole third base. Nobody was covering the bag at all. It prolly should be indifference, but it's Beltre and it was hysterical and so, I say give him 50 SBs.

He always manages to steal exactly one base per season. I love Adrian Beltre.

This is the best thing Adrian Beltre has done in his career https://t.co/4VPF8sxQYv

I imagine Adrian Beltre chuckling ferociousky as he jogs to an unmanned 3rd! #Rangers https://t.co/8oVnhAvctz