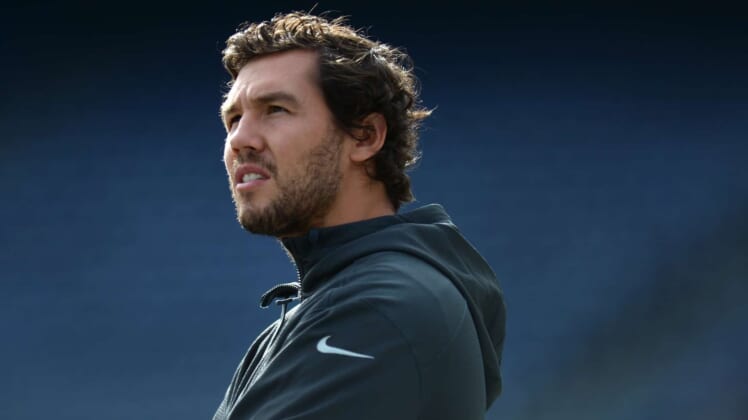 The NFL news has been crazy this Tuesday, especially regarding quarterbacks on the move. One of those moves has Sam Bradford reportedly signing a one-year $20 million deal with the Arizona Cardinals.

This is a lot of dough to fork out to an injury-prone quarterback who has played in only 80 of 128 possible games. In his eight-year NFL career, Bradford has earned $114 million. This equates to Bradford averaging $1.425 million per game. Yikes!

As such, the reactions to the Bradford signing are priceless, starting out with this one by Baltimore Ravens safety, Eric Weddle.

So dumb. Bradford has been paid more for nothing than anyone in history of nfl

Sam Bradford to Arizona is the best Free Agency move the 49ers have made so far.

Larry Fitzgerald having to finish his career with Sam Bradford is a travesty. There must be a way we can stop this. Maybe letters to John McCain or something.

Breaking: Sam Bradford pulled his hamstring just watching his own highlight from this tweet! Will miss 2-4 weeks. https://t.co/1NZPGKICqX

We talking about the same sam bradford?? pic.twitter.com/CordPQsvvu

Sam Bradford is the example of an average QB with injury history to get paid millions but guys like Tyrod Taylor gotta take bread crumbs. NFL teams are stupid.

Can you imagine giving Sam Bradford $20 million?!?! The last game he played on tape was torture. He could barely walk, let alone throw a football in the NFL.

Me every time Sam Bradford gets a new contract pic.twitter.com/bx7cIxO3Rz