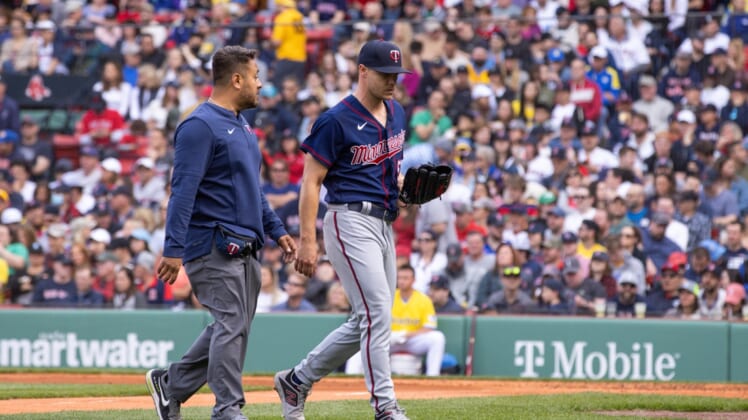 Gray appeared to slip during a pitch to Bobby Dalbec in the second inning. Dalbec popped up the pitch and Gray grabbed his right hamstring area.

Minnesota manager Rocco Baldelli and a trainer came out to the mound. After a conversation, Gray left and was replaced by right-hander Josh Winder.

Gray allowed one hit — a two-run homer by Alex Verdugo — and threw 31 pitches before exiting.