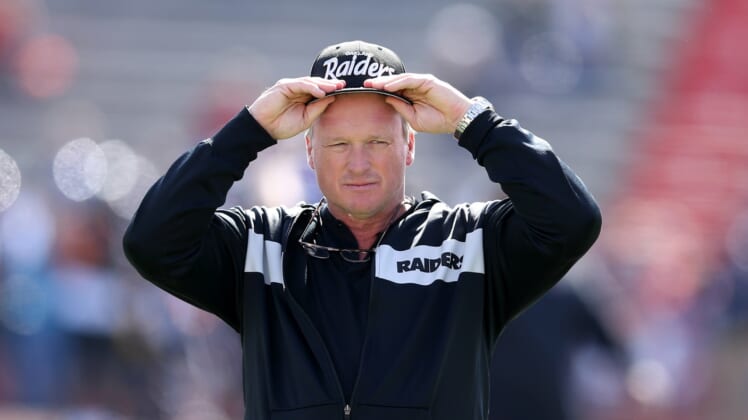 The Oakland Raiders are playing out their final season in Northern California, but local fans are already acting like the franchise is gone to Las Vegas.

As pointed out by John Middlekauff, the debacle of a Sunday night game featuring the Los Angeles Rams and Cleveland Browns got significantly better ratings in the Bay Area than the Raiders game. Meanwhile, the San Francisco 49ers’ game against Pittsburgh blew both contests out of the water.

The city of Oakland was absolutely rocking for the team’s home opener in Week 1 when the Raiders knocked off the Denver Broncos. Since then, however, the team has lost two straight and the offense has taken a significant step back.

Chances are, if Oakland continues losing in the coming weeks, fans in the Bay Area will continue tuning out. That’s not what Jon Gruden, or owner Mark Davis, wants to see happen.

It begs the question: How will the Raiders fare with television ratings once they move to Las Vegas following the 2019 season if the team continues to struggle?