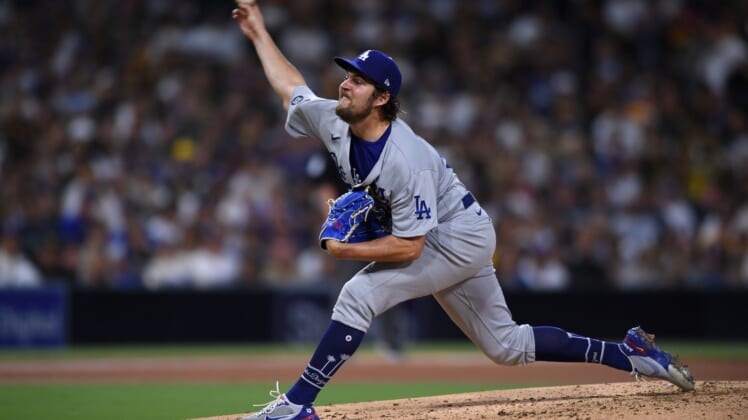 Major League Baseball and the MLB Players Association reportedly agreed to extend it while the Pasadena (Calif.) Police Department continues its investigation into allegations that Bauer sexually assaulted a women on two occasions. MLB also is investigating the claims.

Bauer was initially placed on seven-day administrative leave on July 2, and it was extended for seven more days on July 8.

Bauer continues to get paid while on administrative leave. He is in the first season of a three-year, $102 million deal.

The 30-year-Bauer has denied the allegations made by the 27-year-old woman. He is scheduled to appear in court on July 23.

The woman has accused Bauer of choking her until she lost consciousness. She also alleges Bauer punched her in the face during sex, causing head injuries and “facial trauma.”

She was granted a temporary restraining order against Bauer.

The woman alleged the assaults occurred April 21 and May 16 at Bauer’s home in Pasadena.

The Los Angeles players haven’t said much about Bauer since he was placed on leave and third baseman Justin Turner skirted carefully when asked about Bauer at Tuesday’s All-Star Game in Denver.

“We’re not really sure what’s going on there,” Turner told USA Today. “We’re just going to show up every day with what we have in the clubhouse and find a way to win ballgames.

“The distraction is outside our clubhouse. We get paid to win baseball games.”