Disgraced ace Trevor Bauer will be back on a major league mound in 2023, and while it won’t be with the Los Angeles Dodgers, there are sure to be teams starved for high-end starting pitching that will take a flier on his services in MLB free agency.

After being viewed as a journeyman or spot starter for the first five years of his career, Bauer evolved from a competent arm to an All-Star, and on to being an ace for a couple of teams. That impressive evolution eventually earned him a massive three-year, $102 million contract from the Dodgers before the 2021 season.

However, the 31-year-old was pulled from the dugout midway through his first season in LA, and all of 2022 after he was accused of sexual assault by a San Diego woman. While the claims never led to charges from local authorities, an MLB investigation found enough evidence to suspend the former Cleveland and Cincinnati pitcher indefinitely. But that suspension will be over very soon.

In December, an arbitrator reduced Bauer’s 324-game suspension from MLB all the way down to 194. While he has officially served 144 of those games, arbitrator Martin Scheinmann gave him credit for the remaining 50 with previous time served in 2021 and reinstated the one-time All-Star.

Following rumors that LA players were uninterested in the pitcher returning to their locker room, on Friday, the Dodgers began the process that many expected and designated Bauer for assignment. That should eventually be followed by his release and hitting MLB free agency. 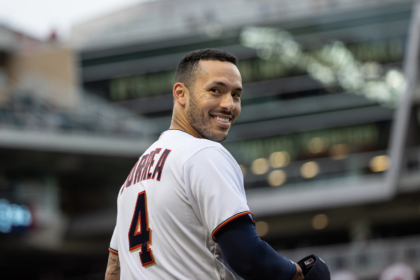 5 teams that could sign Trevor Bauer in MLB free agency

There will certainly be teams that shy away from Bauer due to the serious allegations against him. However, there will also be others who view getting an ace-level starter at a discount rate as worth the bad public relations. With that in mind, here are five teams that could sign Trevor Bauer when he hits the MLB free agency market.

The Texas Rangers made one of the biggest splashes of the offseason when they signed New York Mets great Jacob deGrom. After adding the future Hall-of-Famer there were reports the team was still in the market for another star pitcher. The Rangers pursuing Bauer seems likely with many of the top names off the market and the organization looking to end their six-year playoff drought by improving the starting rotation.

While the Tampa Bay Rays never spend big, they have always been savvy when it comes to their acquisitions from outside the organization. There is a good chance Bauer will sign with a team for a discounted rate on a short-term deal when he hits the free agent market. The Rays are always in the running for a playoff spot, so joining their roster would give him a chance to up his value on a winning team, as well as give Tampa Bay the ace they badly need.

Maybe the best way for Trevor Bauer to rebuild his name and career would be to return to his roots and a reunion in Cleveland. No organization better understands his value — after earning his lone All-Star appearance there in 2018. Plus, the American League Central champions could certainly use him to combine with young guns Shane Bieber and Cal Quantrill. That trio would certainly be formidable and one of the elite triple threats in the AL. 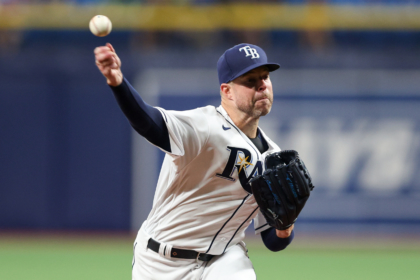 Before Bauer signed with the Dodgers two years ago, the New York Mets made a hard push for the former All-Star. While the team is more likely to shy away from Bauer because of the scandal surrounding him, New York has often been a place for second chances and reinvention in sports. Plus, owner Steve Cohen has made it clear he will continue to make big and bold moves this offseason to try and get the Mets their first championship since 1986.

With the Mets contract talks with Carlos Correa in danger of collapse, the team could decide use some of that money instead on Bauer to be the No. 3 starter behind Max Scherzer and Justin Verlander.

A rotation led by Bauer, Kevin Gausman, and Alek Manoah would certainly make the Toronto Blue Jays a force in the AL East and give them a better chance to compete with the new Yankees duo of Gerrit Cole and Carlos Rodon. If most American organizations shy away from the one-time All-Star, maybe plying his craft abroad would be a smart route to help regain respect in the game while also competing for a playoff contender.