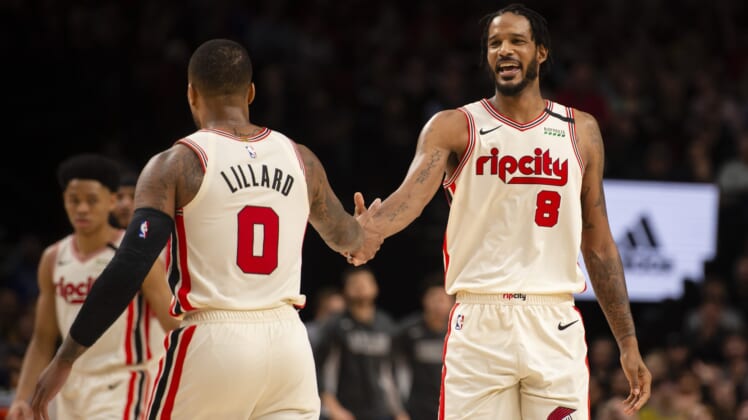 The Portland Trail Blazers will not have forward Trevor Ariza available when the NBA season restarts in Orlando, Fla. The veteran is opting-out of the NBA’s Orlando restart, per ESPN’s Adrian Wojnarowski, and has a great reason for doing it.

According to Wojnarowski, the reason Ariza is skipping out on the NBA restart in Orlando is that he will spend time with his son instead. He’s been involved in a custody case over his 12-year-old son, whose mother chose to grant a court-ordered one-month visitation period during the NBA’s quarantine of teams in Orlando.

This decision comes with a financial cost, as well.

“Ariza, 34, could lose between $1 million and $1.8 million in salary, based on whether the Blazers qualify for the playoffs, for not participating in the restart,” Wojnarowski wrote on ESPN. “Ariza has a minimally-guaranteed $12.8 million contract for the 2020-2021 season.”

Ariza could have played ball. He could have made a million bucks. Instead, he’s choosing his son.

Blazers will miss Trevor Ariza, who can still pack the stat sheet

Even at the age of 34, Ariza can provide a lift. He averaged over 33 minutes per game during the first portion of the 2019-20 season with the Blazers, appearing in 21 games after being traded from Sacramento. In those games, Ariza averaged 11 points, 4.8 rebounds and two assists per game.

With that in mind, the Blazers will have their work cut out to replace this savvy veteran.