Tour Championship third round delayed by lightning for second time 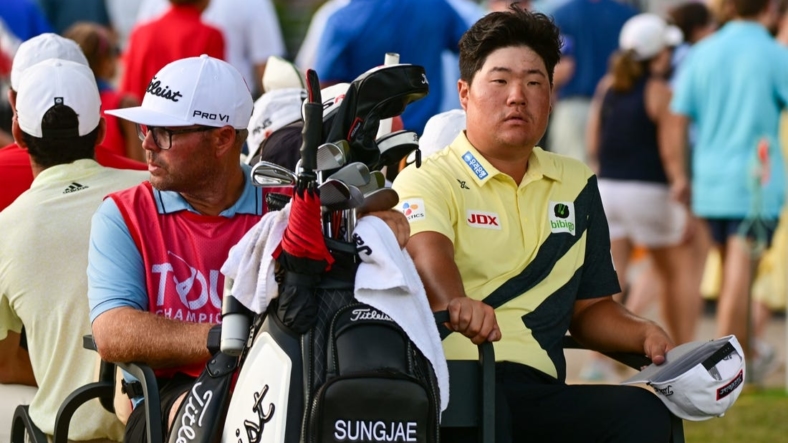 The PGA Tour suspended play at the third round of the Tour Championship for the second time Saturday due to lightning strikes near East Lake Golf Club in Atlanta.

The first delay began at 1:27 p.m. ET, also due to lightning nearby, and lasted 58 minutes. The final several pairings of golfers had their tee times moved back by one hour.

Scottie Scheffler led the tournament at 19 under par when the horn sounded for the second delay. Xander Schauffele, playing with Scheffler in the final pairing, was one behind him at 18 under. They were on the 13th hole and had the most golf still to play.

According to the NBC broadcast, players were told it could be a “quick turnaround” if the inclement weather fades, in an effort to finish most of the round before darkness.