The Toronto Raptors are reportedly open to making trades as their season continues to head in the wrong direction, however, what they are hoping to get in return has been called “astronomical” by people around the NBA.

The Raptors have quickly fallen to the back of the NBA standings — and our latest NBA power rankings — over the last month. After a solid start to the season, various injuries to their top players have hampered them, and they enter a Friday matchup against the New York Knicks with the twelfth-best record in the Eastern Conference.

However, even when their best talent has been on the court together, the team has not played up to the level they expected heading into the season. It has put the Toronto Raptors in a difficult position. Pascal Siakam, Fred VanVleet, and OG Anunoby are all good players, but they don’t seem to be very good together. And there has been no better example than their 16-22 record this season.

It is no surprise then that the team has welcomed the idea of a trade. Yet, the word around the NBA is that the team’s asking price in potential deals is “far-fetched.”

On Thursday, ActionNetwork.com NBA insider Matt Moore reported about the organization’s approach heading toward the Feb. 9 NBA trade deadline. And while they are “active” in the trade market, a blockbuster deal may never happen because of the massive return they are looking for in potential trades for Pascal Siakam or OG Anunoby.

“League sources say Toronto is active in trade talks and open to moving players, but the asking prices have been described as ‘insane,’ ‘astronomical,’ and ‘far-fetched.'”

Siakam, Anunoby, VanVleet, and Scottie Barnes all could potentially be up for grabs. Siakam and VanVleet have All-Star appearances on their resume while Barnes and Anunoby are viewed as rising stars with serious upsides. So it is no surprise the Toronto Raptors aren’t looking to give them away for salary flexibility and a couple of first-round picks. 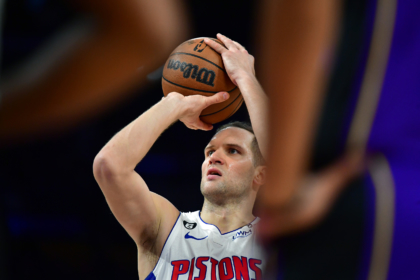 Reports have suggested the Raptors are looking for deals similar to what the Jazz received this summer from the Cavaliers for Donovan Mitchell, in a deal for Anunoby. One has to expect that is the case to varying degrees with the other three as well.