Toronto FC midfielder Ralph Priso underwent surgery on his ailing right ankle and will miss the remainder of the season.

The surgery was performed at Toronto Western Hospital on Thursday, the team announced.

Priso sustained the injury while making a goal-line clearance in the 67th minute of Toronto FC’s 2-1 loss to the visiting New England Revolution on Aug. 14. The team has gone 0-3-0 since and has been outscored 7-2 in those games.

Priso, 19, has a goal and two assists in 11 games (seven starts) this season. The homegrown player appeared in four games as a rookie in 2020. 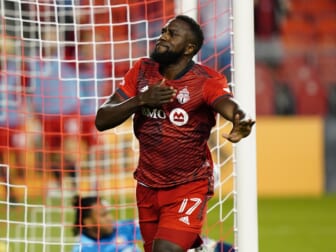