The Toronto Blue Jays reportedly swung a trade for an impact addition to the outfield on Friday but had to give up one of the elite prospects in their organization to do it.

Earlier today, ESPN MLB insider Jeff Passan broke the news of the trade that could possibly give the Toronto Blue Jays one of the best outfields in the American League East for the foreseeable future.

“The Toronto Blue Jays and Arizona Diamondbacks are in agreement on a trade that will send outfielder Daulton Varsho to the Blue Jays for a package that includes top catching prospect Gabriel Moreno, sources tell ESPN.”

The Blue Jays have been active this offseason and made notable additions like pitcher Chris Bassitt and Kevin Kiermaier in MLB free agency. However, Varsho is a serious addition that could make a major impact on the team for the next four seasons.

While Daulton Varsho hasn’t earned All-Star honors over his first three seasons in the big leagues, he certainly seems to be headed in that direction. And now he’ll get to do so surrounded by some very good hitters. Last year, Varsho notched career highs in games (151), home runs (27), runs-batted-in (74), runs (79), hits, and stolen bases.

However, what makes the outfielder such a fascinating get is that he is an outstanding defensive player who can actually go behind the plate and fill in as a catcher. Plus, he has the ability to scrape out runs on the base pad with his speed, which continues to be a disappearing art in the sport today. The move also fills a void left after the Toronto Blue Jays traded Teoscar Hernandez to the Mariners in the early days of the offseason. 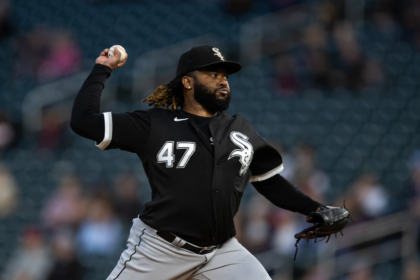 In return, the Blue Jays send Arizona outfielder Lourdes Gurriel and top prospect Gabriel Moreno. Moreno was promoted in June with hopes of beginning what could be a long tenure as their starting catcher. However, injuries limited him to just 25 games. Nevertheless, he was solid in that limited time as he batted .319 with 22 hits, 10 runs, and seven RBIs.