The Miami Marlins and San Diego Padres are a couple of the teams in the hunt for a two-time All-Star pitcher still up for grabs in MLB free agency.

The Miami Marlins and San Diego Padres entered the offseason coming off very different results in 2022, and divergent plans for the winter. Miami finished the season 24 games under .500 and looking to improve on a budget for what seems like an endless rebuild. While the Padres reached the National League Championship Series this year and were focused on adding the final pieces to a World Series-winning roster.

Despite both teams being viewed as small-market organizations for decades, the Padres have shifted to having a mid to big-market payroll, and they flexed that change in a big way this month by giving Xander Bogaerts a $280 million deal in MLB free agency. The Marlins on the other hand have no major splashes on the open market.

However, that could change soon for the Miami Marlins, and it seems they are in direct competition with the San Diego Padres for one of the last impact starting pitchers left in MLB free agency.

All of the top-tier talent in free agency have already been taken off the board. However, there are still a few players that could be difference-makers for certain rosters in 2023. One of those is two-time All-Star Johnny Cueto. On Friday, New York Post MLB insider Jon Heyman reported that both the Marlins and Padres are “in on” trying to land his services for next season.

After six solid seasons in San Francisco, which included his last All-Star appearance in 2016, Johnny Cueto pitched for the Chicago White Sox for $4 million last season. While his 8-10 record doesn’t seem impressive, he did pitch to a 3.35 ERA in 25 starts and had 102 strikeouts to just 33 walks in 2022. 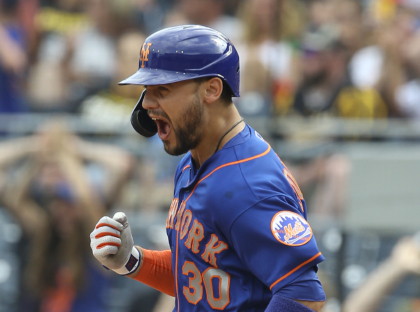 The Reds, Royals, Giants, and White Sox veteran will turn 37 years old ahead of what will be his sixteenth season in the league.