The Giants entered the offseason with some big aspirations. Coming off a decent 81-81 showing in 2022, they knew they needed to use the sizable amount of salary they had available to make some game-changing moves to compete with division rivals the Los Angeles Dodgers and San Diego Padres. Yet things have not gone well for them this winter when it comes to the biggest stars on the market.

The team kicked off MLB free agency with a pursuit of American League MVP Aaron Judge. Unfortunately for them, the superstar chose similar money and a return to the Yankees. They seemed to secure the next best thing last week when they agreed to a 13-year, $350 million deal with two-time All-Star Carlos Correa. However, that all fell apart earlier this week and he is also heading to New York, to play for the Mets.

Despite few worthwhile options left on the market, the San Francisco Giants were able to land one of the last talents available that could make a notable impact in 2023.

On Friday morning, USA Today MLB insider Bob Nightengale reported that the Giants had come to terms on an agreement with one-time All-Star and Mets veteran Michael Conforto. The contract is for $36 million over the next two seasons.

However, after the original report, ESPN MLB insider Buster Olney revealed that the deal with the San Francisco Giants contains a player option after the first year. The option makes sense since it was recently reported that Conforto was looking for a short-term deal in the hopes of rebuilding his value for a return to MLB free agency in the near future.

The seven-year veteran is looking to rebuild his worth after he decided to sit out all of last season when he did not receive the contract offers he was hoping for, and instead opted to have shoulder surgery. 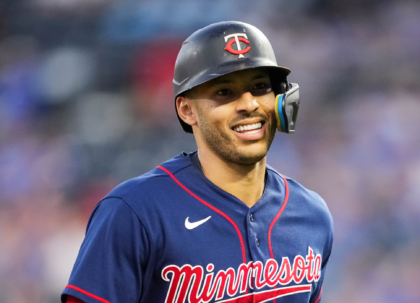 Michael Conforto earned All-Star honors in 2017 and has hit 20 or more home runs in five seasons. Injuries have been a concern for him during points in his career, including in 2021 when he missed nearly 40 games with a hamstring injury.