The perfect backdrop for major drama. 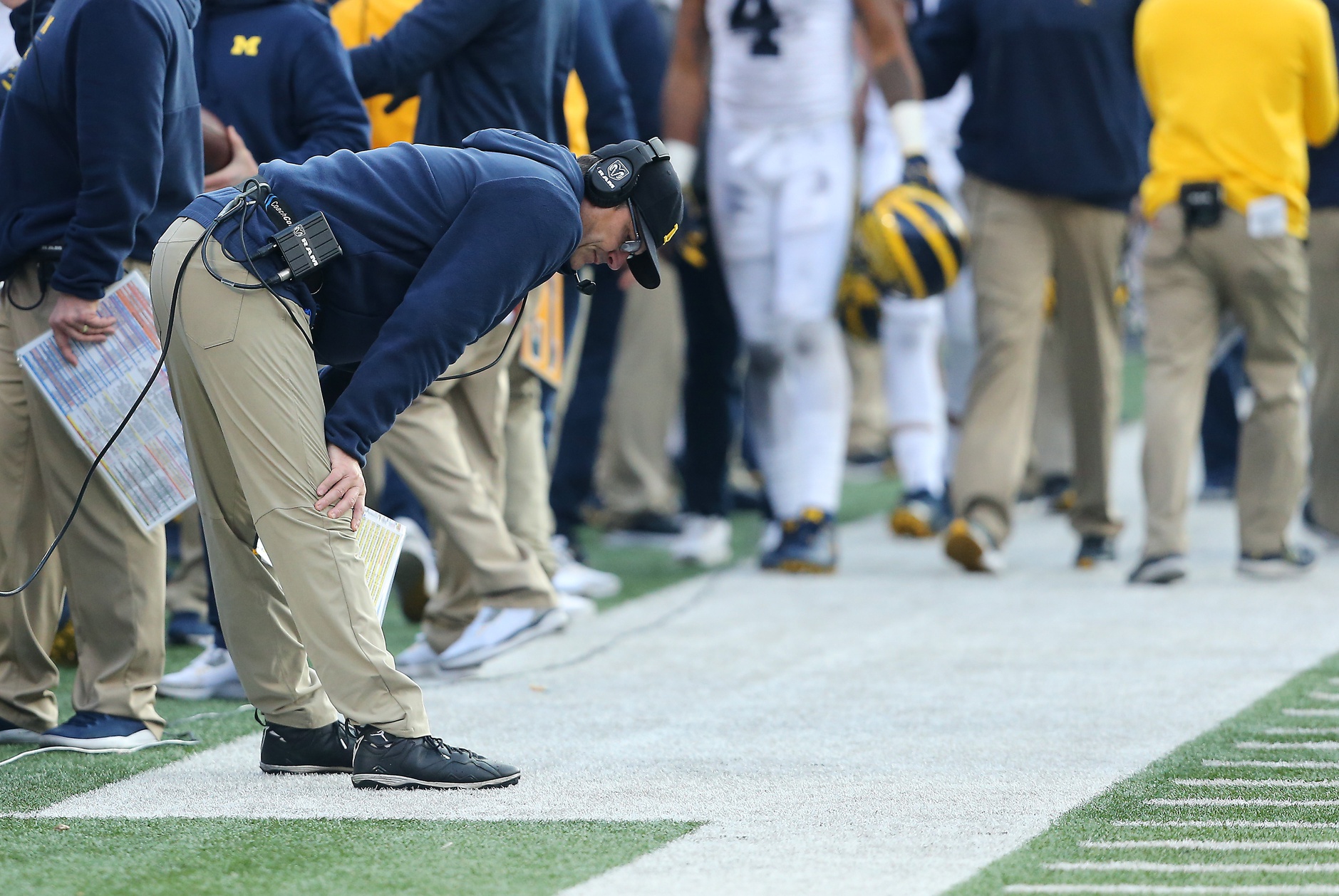 A couple of College Football Playoff contenders were eliminated during Rivalry Week, and that’s just what happened on Friday and early Saturday.

Not surprisingly, this weekend’s slate of games provided the perfect backdrop for some major drama to unfold. This included a coach prematurely getting a Gatorade bath before losing the game in seven overtimes.

It also featured one of the weakest, most cringe-worthy flops you’ll ever see.

But more importantly, things are becoming clearer atop the rankings heading into the conference championships.

The Pac-12 is out of the playoff 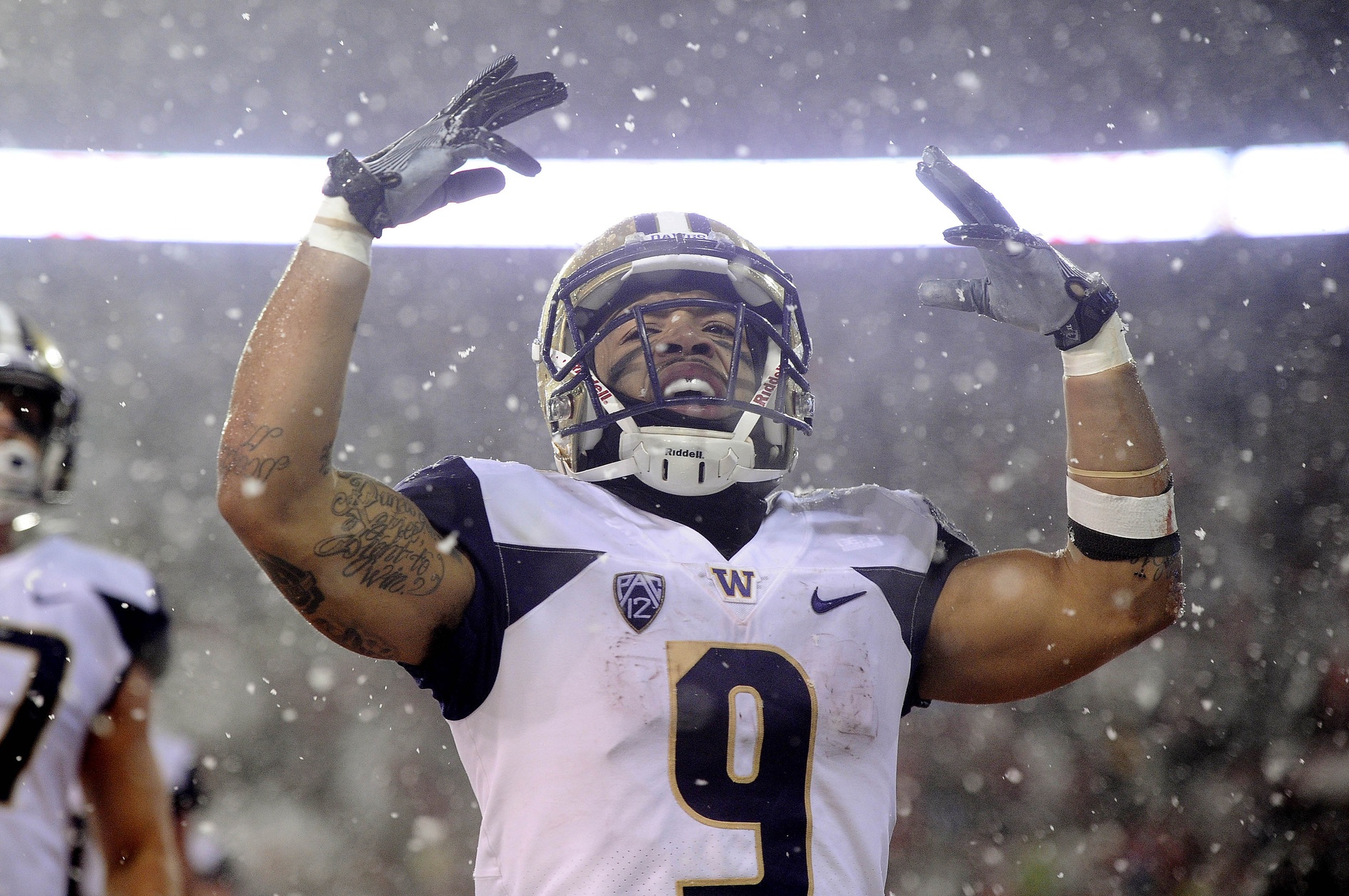 Friday night’s incredible snow game in Pullman between Washington and Washington State was a ton of fun for fans watching.

Washington dominated the line of scrimmage. Utilizing Myles Gaskin and the run game to devastating effect, the Huskies imposed their will on a Cougars team that had no answer on either side of the ball. Heisman candidate Gardner Minshew had three turnovers and zero touchdowns, which likely will keep him from traveling to New York in December.

In the end, however, it was bad for the conference as a whole.

Heading into Rivalry Week, Wazzu was the only remaining Pac-12 team with any shot at sneaking into the playoff. Losing Friday night, they also lost out on the chance to play in the Pac-12 Championship Game, and of course now the conference will not be represented in the chase for the national championship.

Sooners clinging to hope, but that defense is atrocious 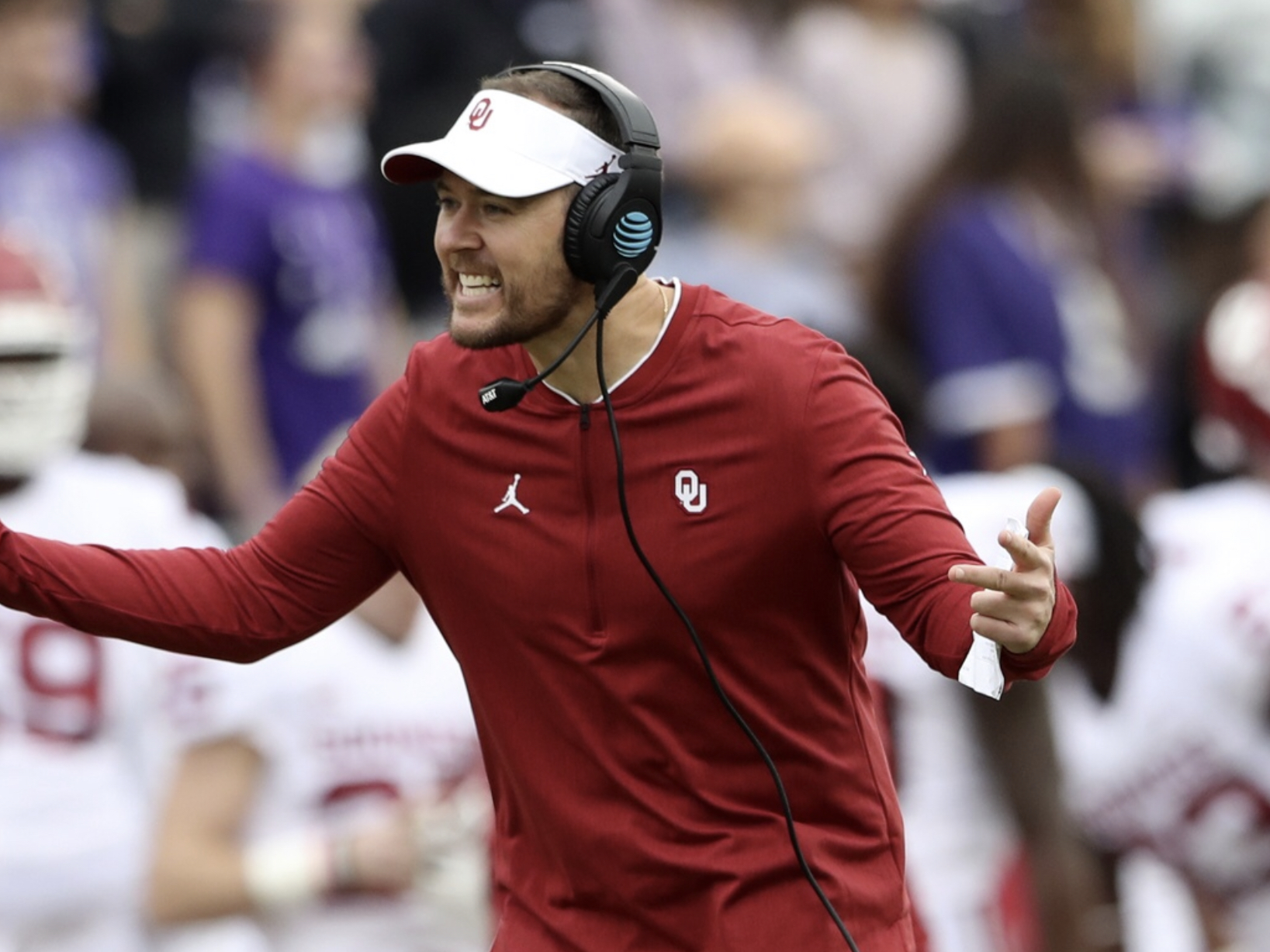 Oklahoma did an incredible job offensively and got two defensive touchdowns to outlast West Virginia by three points. The victory Friday night earned the Sooners a trip to the Big 12 title game against Texas, which made it for the first time since 2009.

That’s all great. But here’s the problem. The Sooners have been ranked outside of playoff contention by the selection committee this year because they are terrible on the defensive side of the ball. And while Oklahoma did get a couple of huge plays from its defense Friday night, overall the unit was putrid, just like it has been all year.

Consider this: The past four games, Oklahoma has allowed an average of 47 points per game, winning those four games by a combined 24 points against the likes of Kansas, Texas Tech and Oklahoma State. West Virginia piled up 704 yards — SEVEN HUNDRED AND FOUR! — during Friday night’s barn burner.

Out of necessity, the Sooners might have to move up to No. 5 overall due to Michigan laying an egg on Saturday. But an honest assessment of this team as a whole leaves one thinking the Sooners would get steamrolled by the top-four teams right now.

UCF’s amazing win streak continues, but it came with a cost 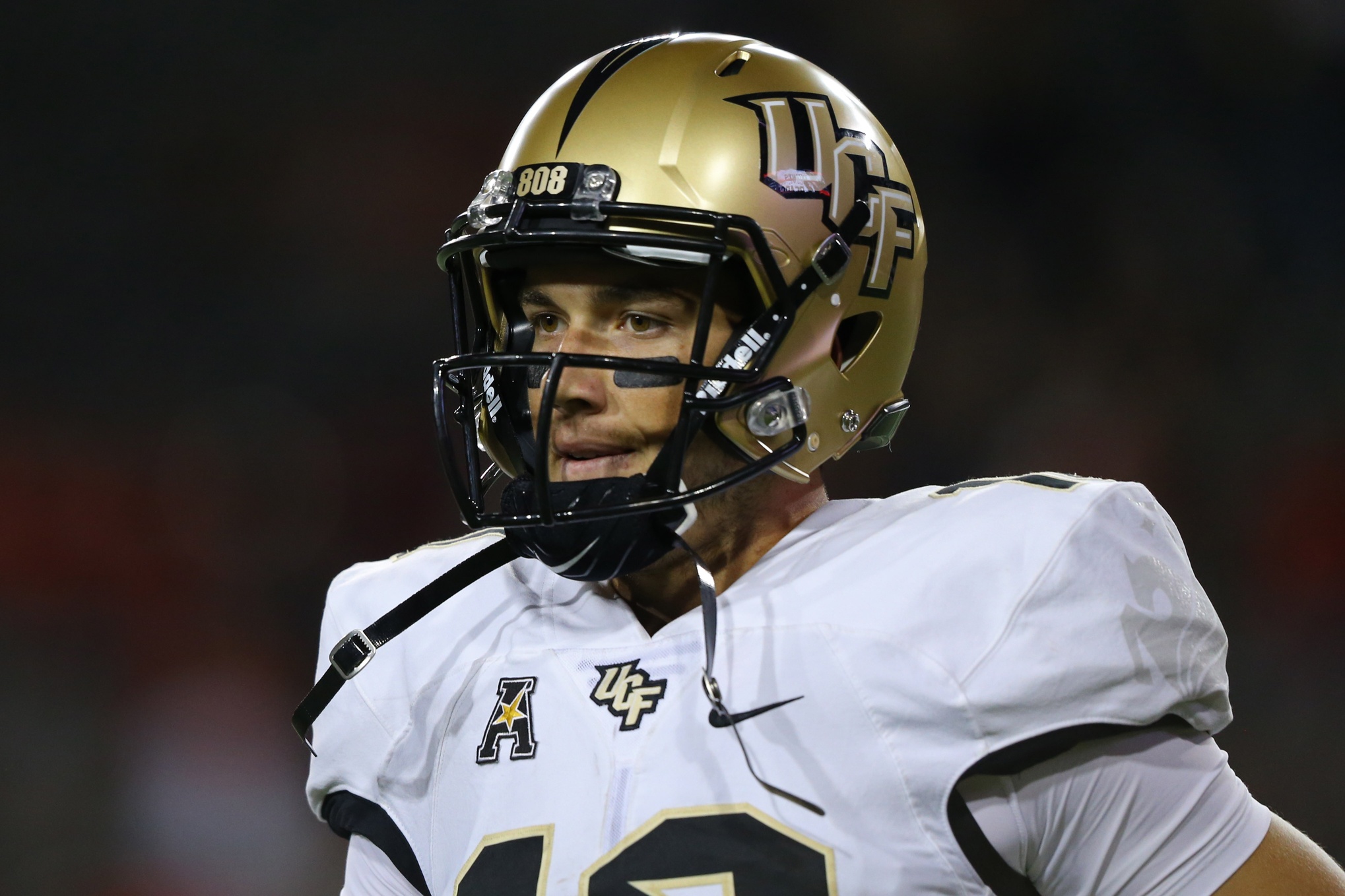 The last time the UCF Knights lost a game was back on Dec. 17, 2016 in the Cure Bowl against Arkansas State. Since then, including Friday’s hard-fought win over South Florida, the Knights have rattled off 24 straight wins.

Given that Michigan and Washington State both lost this weekend, one would expect the selection committee to continue elevating the UCF program in the rankings.

But in the middle of all these amazing developments, the Knights suffered a tremendous blow. Starting quarterback McKenzie Milton — the heart and soul of this team the past two years — was lost for the season due to a gruesome knee injury that required surgery Friday night. 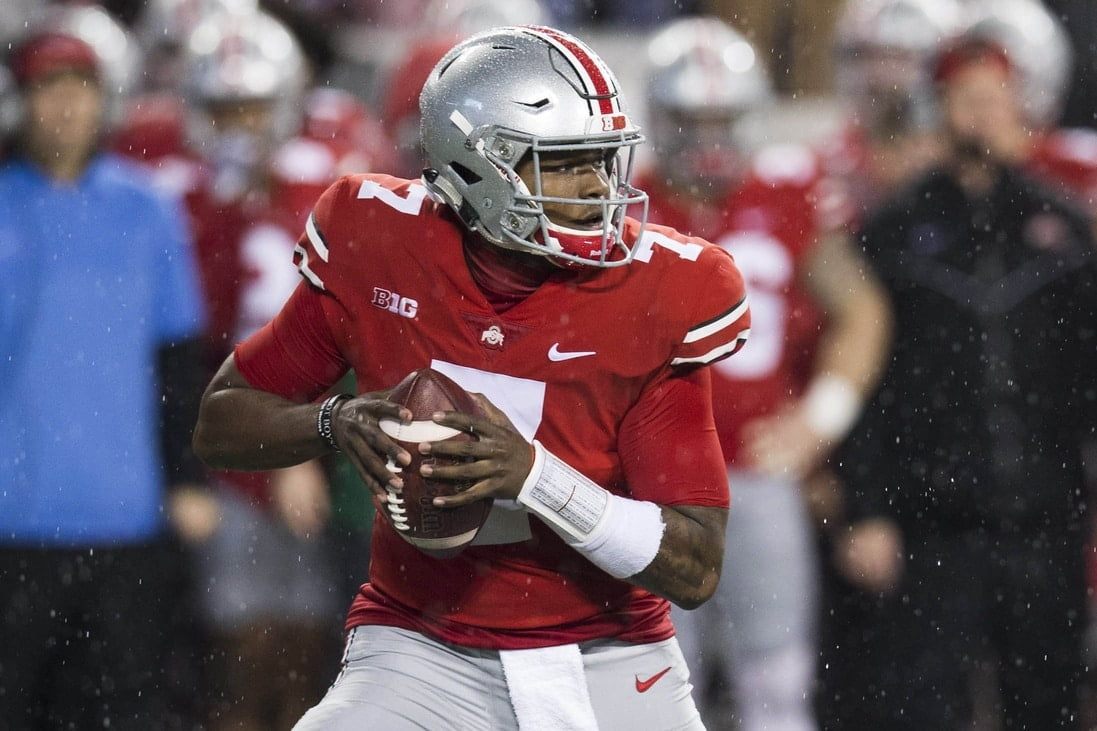 Tua Tagovailoa and Kyler Murray are widely talked about as the two players most likely to win the 2018 Heisman Trophy. But after what Dwayne Haskins did Saturday against the No. 1 defense in the nation, he deserves more respect.

The redshirt sophomore came into Saturday’s game with 3,685 passing yards and 40 total touchdowns.

Against Michigan, he had his Heisman moment. Haskins completed 19-of-30 passes for 318 yards with five touchdowns and zero interceptions. Along the way, he smashed Drew Brees’ Big Ten single-season touchdown passes record.

He was simply sublime leading Ohio State to a 62-39 blowout win while securing a trip to the Big Ten Championship Game.

Yawn — another blowout for ‘Bama 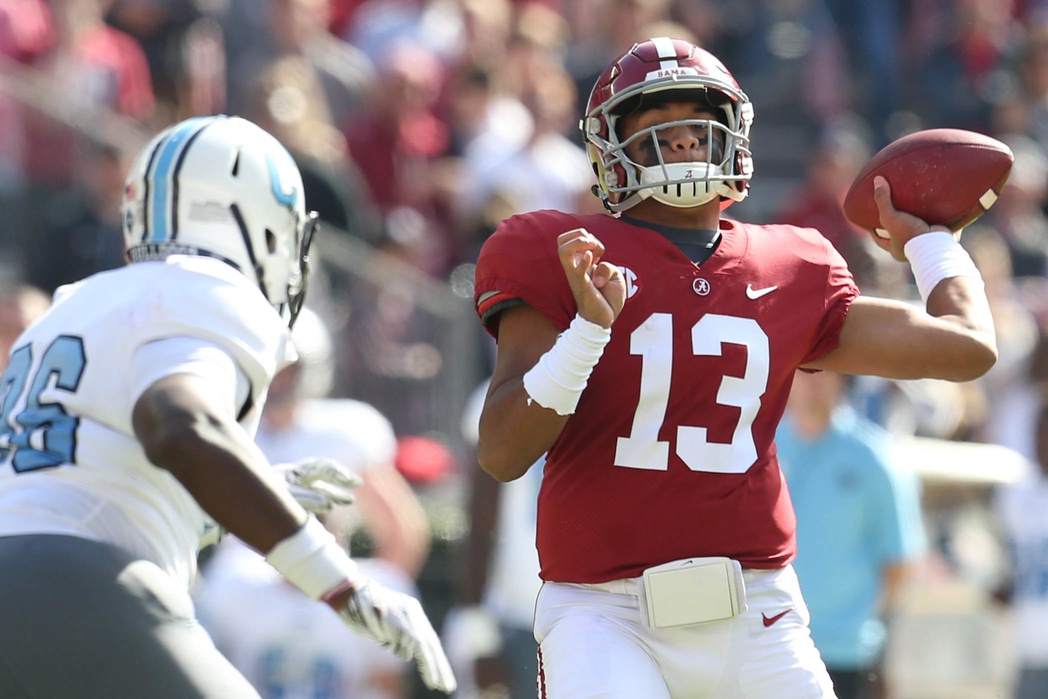 Auburn really did try. And we have to give the Tigers credit for doing their best to keep this game competitive. It really was for one half after a couple of crazy plays that went in Auburn’s favor late in the second quarter.

But as we’ve seen all year from this Crimson Tide program, there just doesn’t seem to be another team in the nation that can hang for 60 minutes. Tua Tagovailoa went on a rampage in the third quarter — making throws like this one, and like this one. Suddenly, a three-point game quickly devolved into a one-sided blowout.

All told, the Tide put up 217 more yards and 31 more points than their rival as they rumbled toward the SEC Championship Game with their perfect record still intact. Hopefully Georgia can put up a real fight and give the champs a real test for the first time all year.

Pitt’s tuneup for the ACC Championship Game was rough 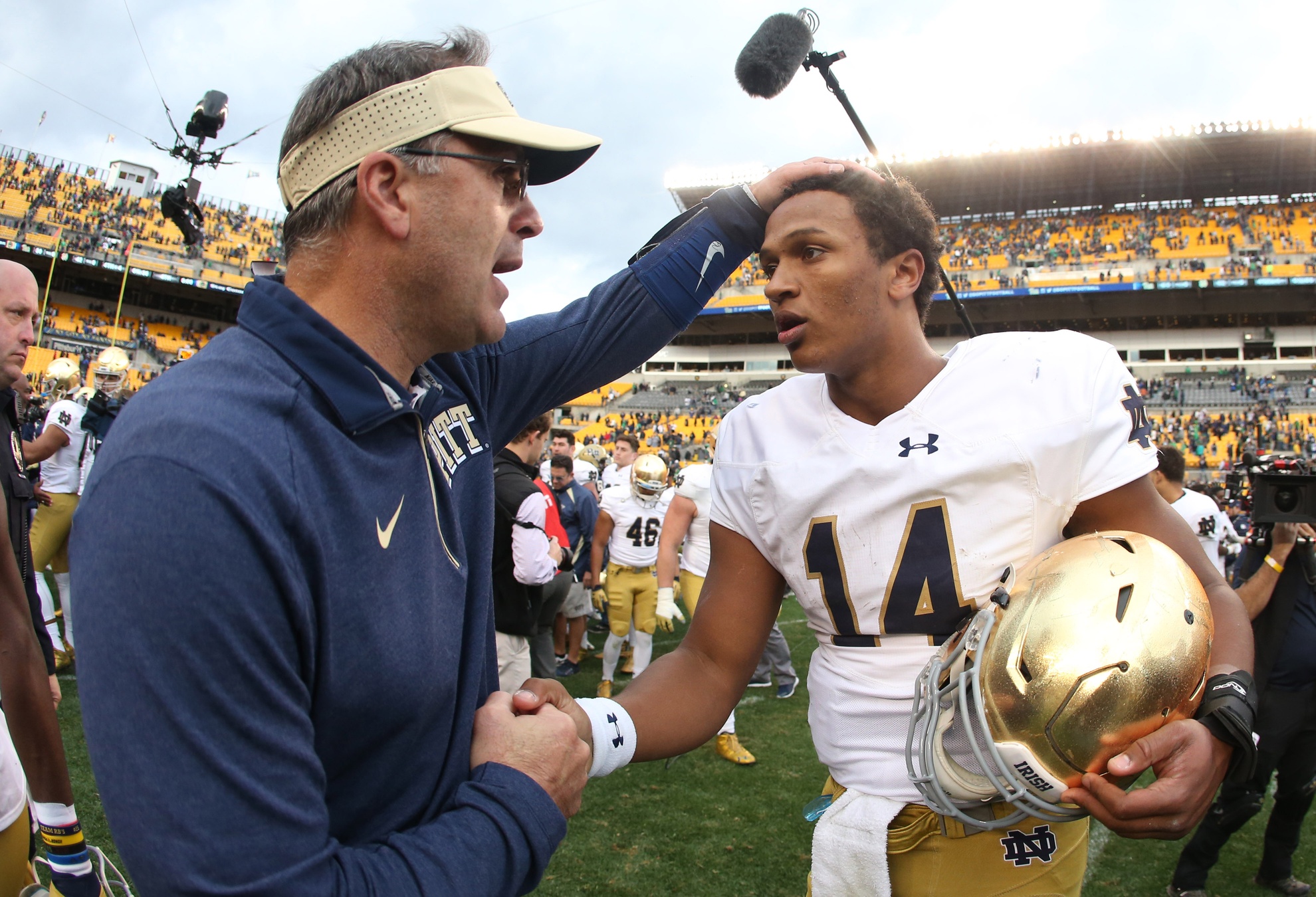 Pittsburgh punched its ticket to the ACC title game with a huge road win over Wake Forest last weekend. Based on what we saw from the Panthers Saturday on the road against Miami, however, that’s going to be the pinnacle of the season, while next weekend’s battle against Clemson will be its nadir.

Pitt was steamrolled by a Miami squad that came into Rivalry Week with just six wins on the season. The Panthers managed just 200 total yards of offense and put three points on the board against a defense that’s good, but not in the same league as what Clemson will bring to the table.

It’s hard to envision the Panthers having even a remote chance of pulling off an upset next weekend when they travel to Charlotte.

Clemson in trouble if it lands ‘Bama rematch 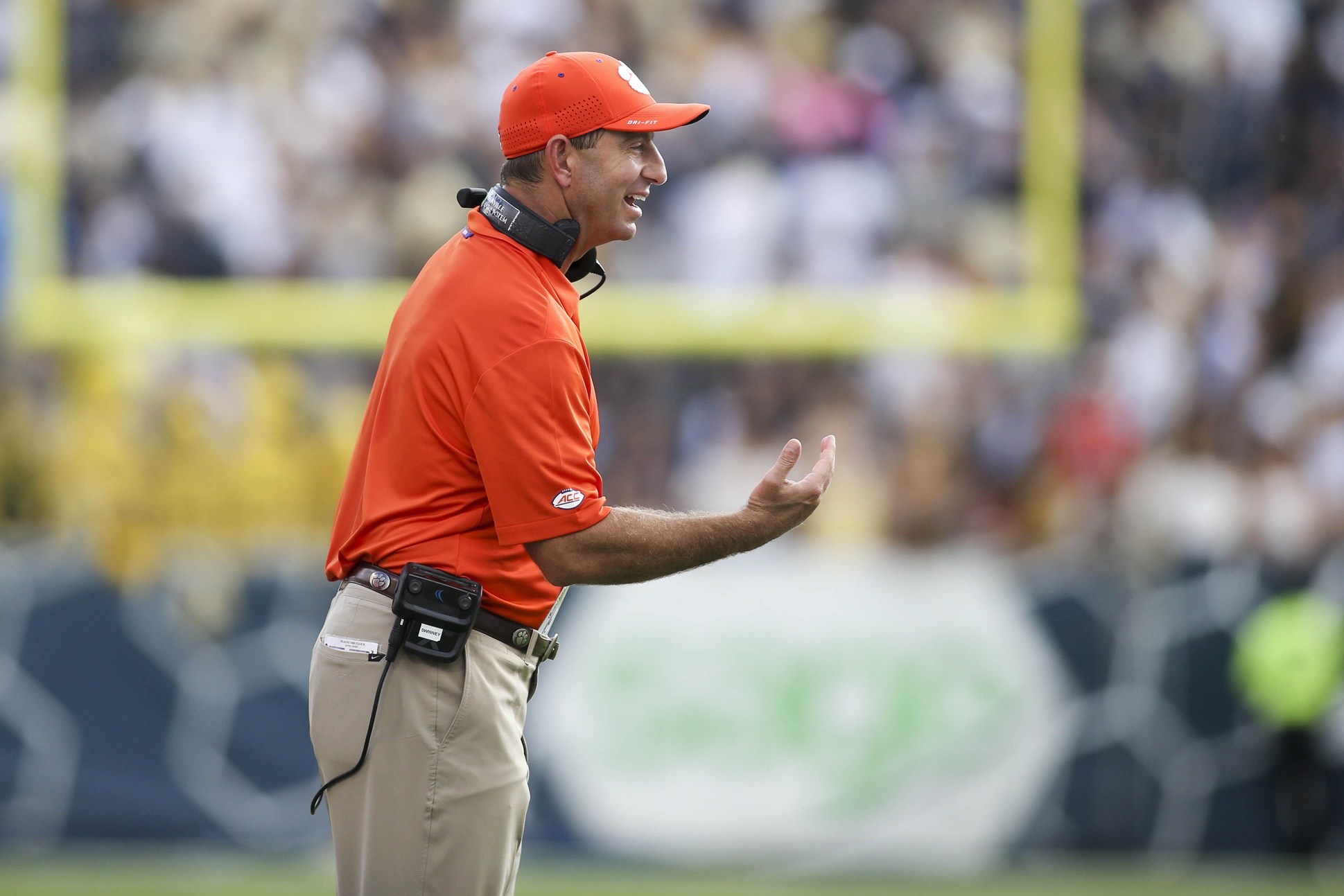 The team that appears to have the best shot of taking Alabama down this year is none other than the same team that has faced the Crimson Tide the past two years in the title game. Dabo Swinney’s Clemson Tigers have been a buzzsaw all year long and once again won in blowout fashion Saturday night against South Carolina.

But there’s a huge “but” here.

Jake Bentley found some big-time holes in Clemson’s defense and had a huge game passing the ball. He finished with 510 yards on 32-of-50 passing with five touchdowns and one interception.

Tua Tagovailoa and Co. must be licking their chops.

LSU no longer a problem in the rankings 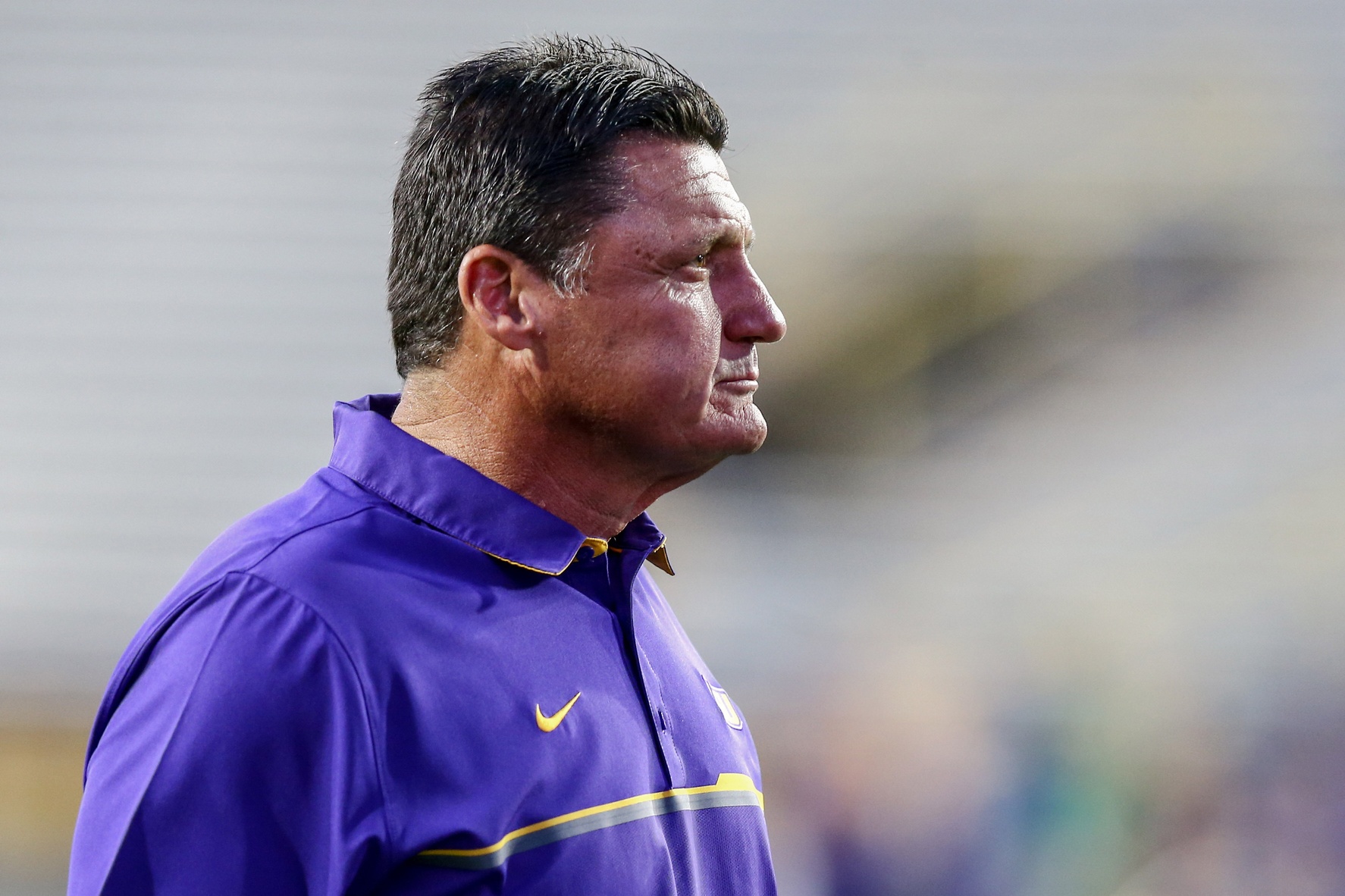 The selection committee has rankled a lot of folks by keeping LSU, which had two losses, No. 7 overall. The Tigers have been ranked above teams like UCF (undefeated) and Ohio State (one loss), thanks to a strong strength of schedule.

A thriller of an 7OT loss at Kyle Field finally did the Tigers in as a problem to the likes of those teams. The team’s third loss of the season should send them tumbling down into the teens when the new rankings come out.

Michigan might slide down into that No. 7 slot, or even further to No. 8, while Ohio State will certainly jump significantly, and we’d expect UCF to get a nice boost as well heading into championship weekend. 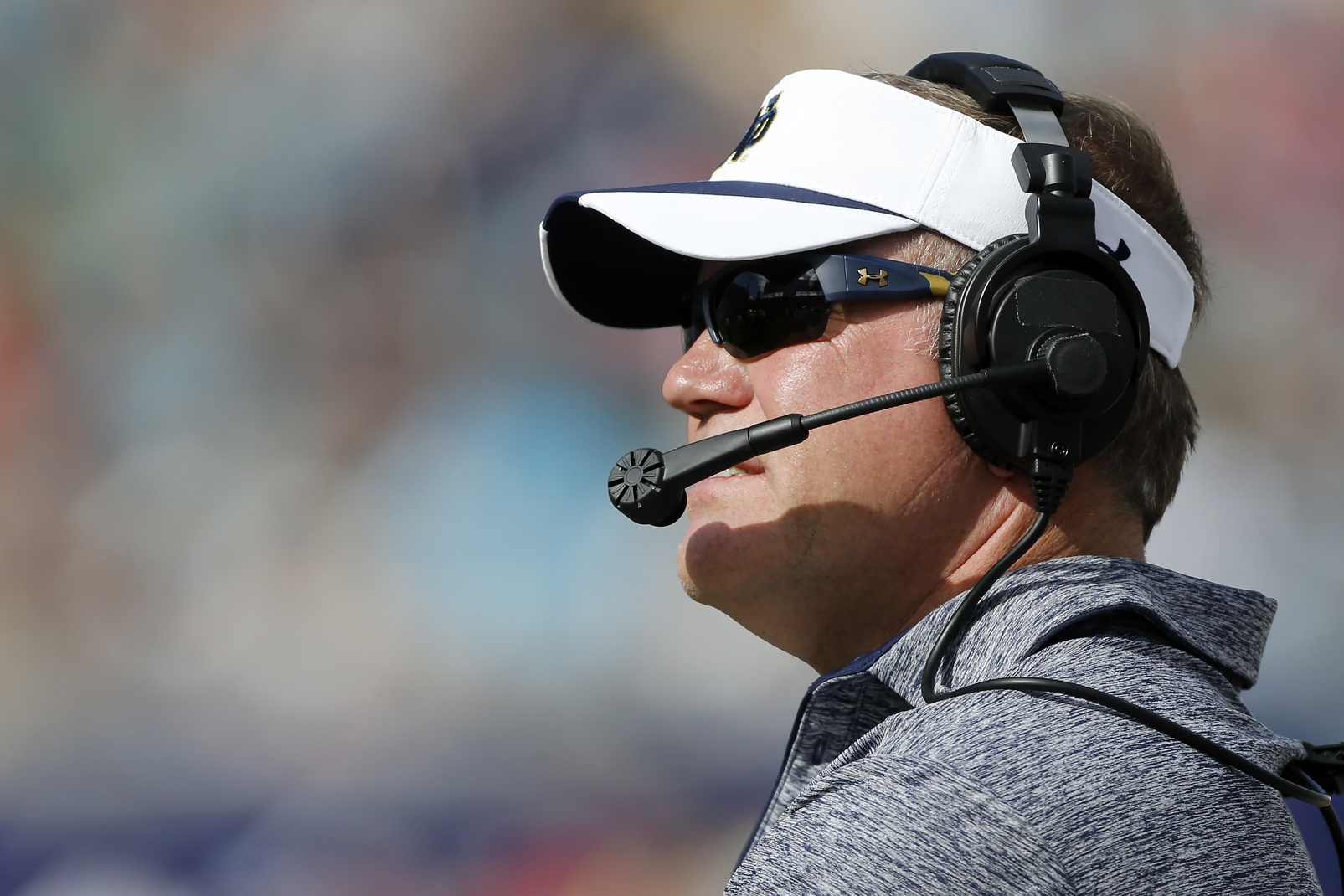 Notre Dame’s weak 24-17 victory over a five-win USC team that is teetering on the brink of firing its head coach was exactly what the Fighting Irish did not need as the rest of the top teams head into conference championship weekend.

What’s worse is that Notre Dame got pretty lucky winning Saturday night in Los Angeles. The Trojans were their own worst enemy — as has been the case all year — and turned the ball over twice on fumbles after completed catches that killed prosperous drives.

So, what it all boils down to is this: It really feels like the Irish gave the committee an out if things shake out in a way that benefits a team like Ohio State following the conference championship games next weekend. Sure, they’re No. 3 right now. But what if Georgia edges Alabama and the Buckeyes win against Northwestern?

There’s a shadow of doubt about the Irish’s standing now that wouldn’t be there if Notre Dame had done what it was supposed to do Saturday night and dominated USC. 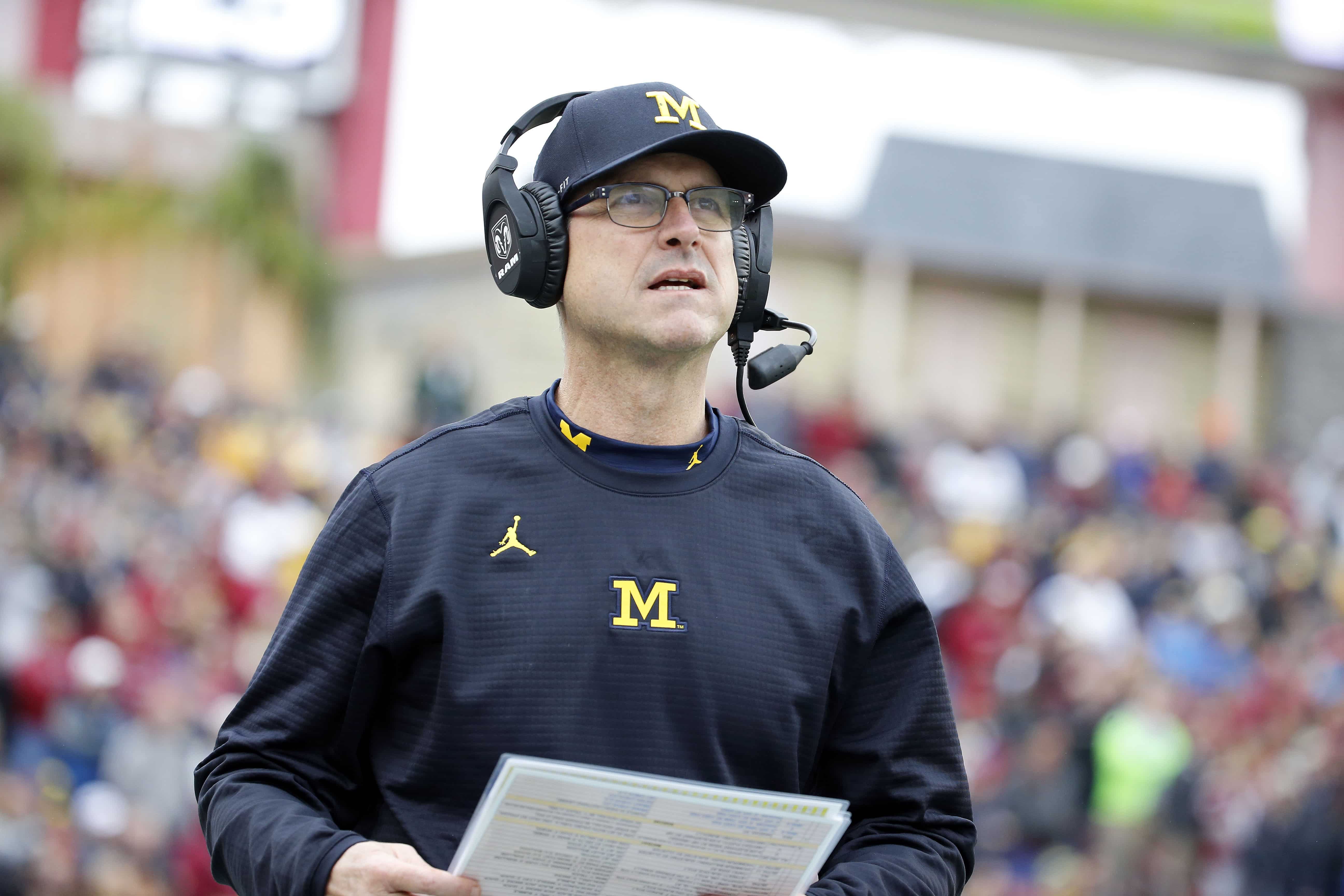 Favored by five points leading up to “The Game” against Urban Meyer and the Ohio State Buckeyes, Jim Harbaugh’s Michigan Wolverines had a chance to make a statement. Harbaugh had never before beaten Meyer’s Buckeyes as the coach at Michigan, and his history in big games helming this team wasn’t great.

A statement was made, but it was not the one Harbaugh wanted to make. His old-school approach — run the ball, play stifling defense and hope your quarterback is good enough — blew up in his face. The Buckeyes romped from the first drive of the game until the end, embarrassing their “rival” and eliminating Michigan from playoff contention in the process.

Michigan fans, and college football analysts, had a lot to say about Harbaugh getting embarrassed by Meyer and Co. once again. It was a really bad way to finish off the regular season, and it shows this program has a lot of work in front of it to really compete with the big dogs.