Top Moment for Each 2014 Baseball Hall of Fame Inductee

The Baseball Hall of Fame is holding its annual induction ceremony this weekend. And there are a ton of stars on hand for the three-day long event. Some of the greatest players and managers in the modern history of the game will be enshrined into the exclusive club in Cooperstown, New York.

Let’s check in on the shining moment for each of these Hall of Famers. 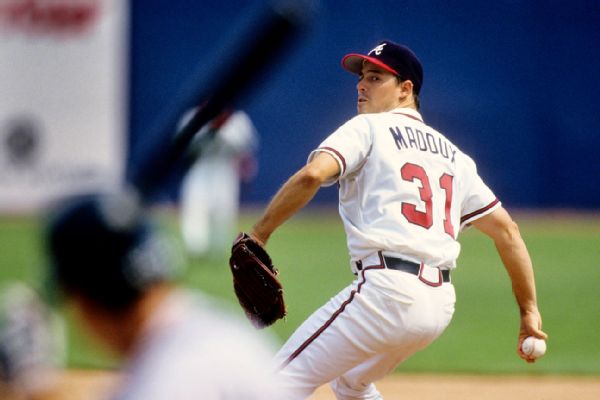 Courtesy of ESPN: Known as “Doc,” Maddux was among the most dominating pitchers of the modern era.

Maddux won a whopping 355 games during a 23-year career that started with the Chicago Cubs and culminated in some dominating performances for the Atlanta Braves juggernaut of the 1990’s. He won 15-plus games for a record 17 consecutive seasons and earned four NL Cy Young Awards.

The shining moment in Maddux’s Hall of Fame career came in 1995 when he went 19-2 with a ridiculous 1.63 ERA. He finished with 10 complete games and tallied an absurd 0.81 WHIP. Atlanta entered that strike-shortened season as the favorites to win the National League and didn’t disappoint. It won 90 regular season games before defeating the Colorado Rockies in the first round of the Playoffs. Maddux pitched seven innings in a series-clinching Game 4 victory.

He then helped Atlanta get past the Cincinnati Reds in the NLCS before dominating the Cleveland Indians in Game 1 of the World Series, throwing a complete game shutout. As an important part of the only Braves championship team during their dominating run in the 1990’s, Maddux deserves credit for being one of the primary reasons they lifted the trophy that October.

Courtesy of Fox Sports: If at all possible, Glavine was underrated throughout his MLB career.

As one of Maddux’s running mates in Atlanta, Glavine played the role of the lefty that split up Maddux and future Hall of Famer John Smoltz. After struggling early in his career, including a MLB-high 17 losses in 1988, Glavine picked up his performance just as the Braves were beginning their dynasty. He put up 20-win seasons in three consecutive years from 1991-1993 and finished in the top-three of NL CY Young voting a whopping six times. When Maddux wasn’t winning the Cy Young, Glavine was, as he won two throughout a 22-year career. Overall, Glavine finished his career with 305 wins and tallied 15-plus wins 10 times.

Unfortunately for fans in Atlanta, the apex of Glavine’s career came as a member of the New York Mets in 2007. He earned his 300th win in a 8-3 victory over the Chicago Cubs at Wrigley Field that August. For someone who was a member of only one World Series champion, this has to be considered the high point of his career. Though, some will say that Glavine’s series-clinching Game 6 win over the Cleveland Indians represents his most memorable moment. He pitched five innings, giving up just one hit and zero runs in the Braves 1-0 victory. 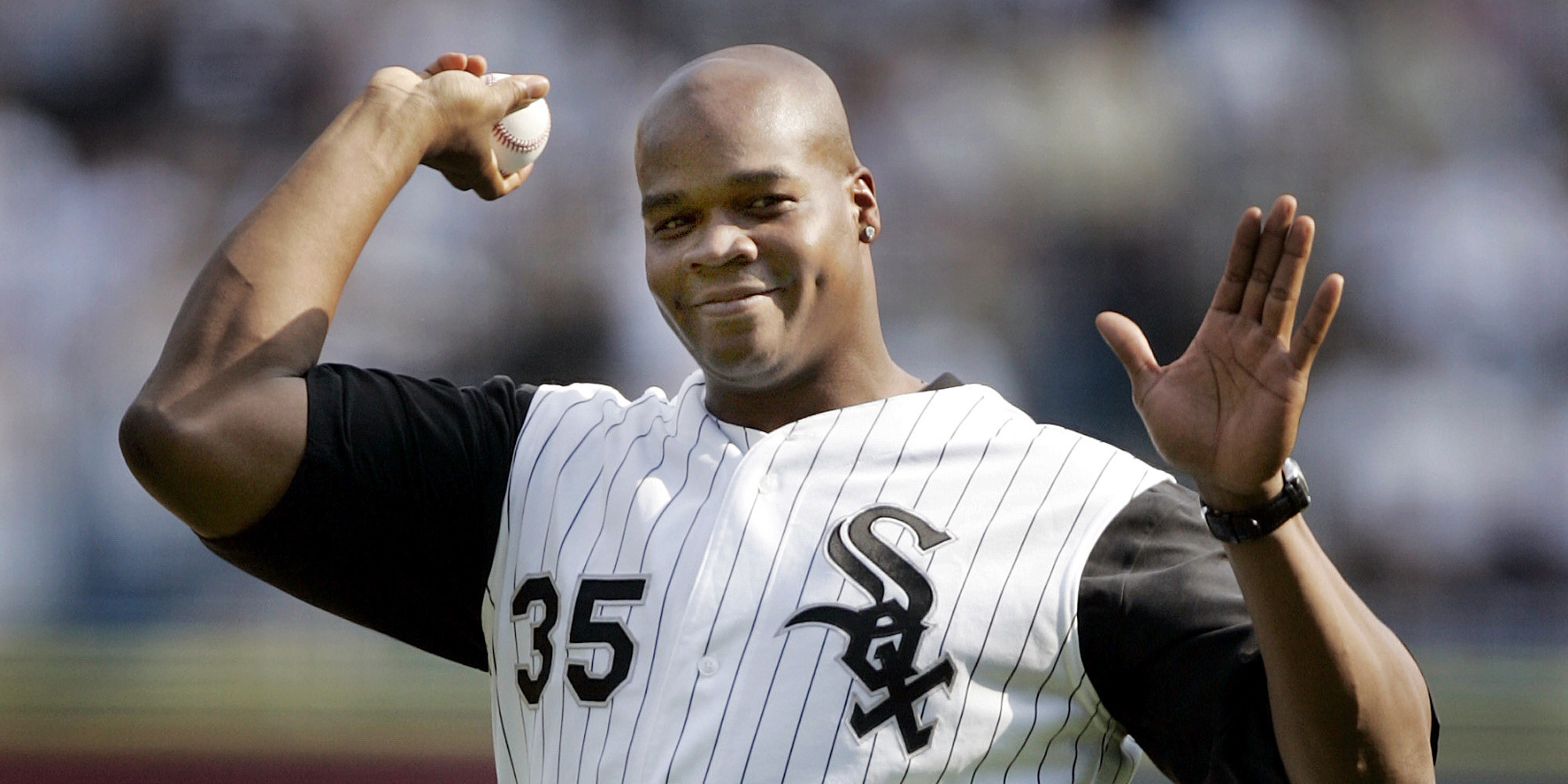 One of the sweetest swings in the history of the game, Big Hurt simply knew what he was doing at the plate. He hit 521 homers and finished his 19-year MLB career with a .301 batting average. In addition to this, Thomas won two consecutive AL MVP Awards and drove in 100-plus runs a total of 11 times.

Thomas was a member of one World Series team with the Chicago White Sox, but was unable to play for the title against the Houston Astros due to injury. Despite this, he did receive a World Series ring and threw out the ceremonial first pitch prior to Game 1 of the Division Series against the Boston Red Sox. While missing out on a chance to play in October that season, Thomas had a ton of memorable moments throughout his career, none more so than when he hit his 500th homer.

It came when he was a member of the Toronto Blue Jays in 2007. For someone who hit for average throughout his career, tallying over 500 home runs has to be considered an amazing feat. Few players in the history of the game can say the finished with a .300-plus batting average and at least 500 homers. His ability to rebound from a couple injury-plagued seasons in Chicago to perform at a high level with both the Oakland Athletics and Blue Jays at a relatively old age was also pretty big for Thomas’ legacy. 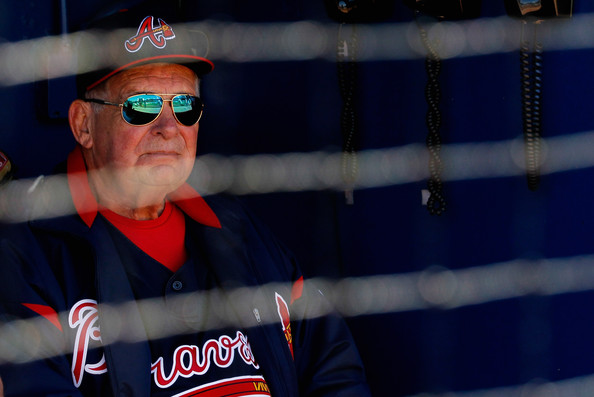 Cox’s managerial career with the Atlanta Braves didn’t start too swimmingly. In his first stint with the club, starting in 1978 and ending in 1981, Cox finished with a .451 winning percentage and failed to make the playoffs each season. He then moved on to the Toronto Blue Jays, where he won 89-plus games in three of his four seasons with his club. Cox then returned to where his heart was six years later when he agreed to become the manager of a rebuilding Braves club in 1990. This came on the heels of him serving as the Braves general manager from 1986-1990.

The rest is almost literally history. .

Cox went on to lead the Braves to a division title every season from 1991-2005, not including the 1994 strike-shortened campaign. He’s a four-time Manager of the Year and the fourth-winningiest manager in MLB history. Despite all this success, Cox only won one World Series in his 29 years as a manager. And that’s his crowning achievement.

Cox led the Braves to a string of seven consecutive playoff wins between the NLCS and World Series in 1995. Atlanta outscored its opponents (the Reds and Indians) by a combined 36-14 in those seven games. After losing Game 3 of the series in extra innings, Atlanta rebounded by defeating Cleveland 5-2 in Game 4 before taking the series in six behind a stellar effort from the aforementioned Tom Glavine. 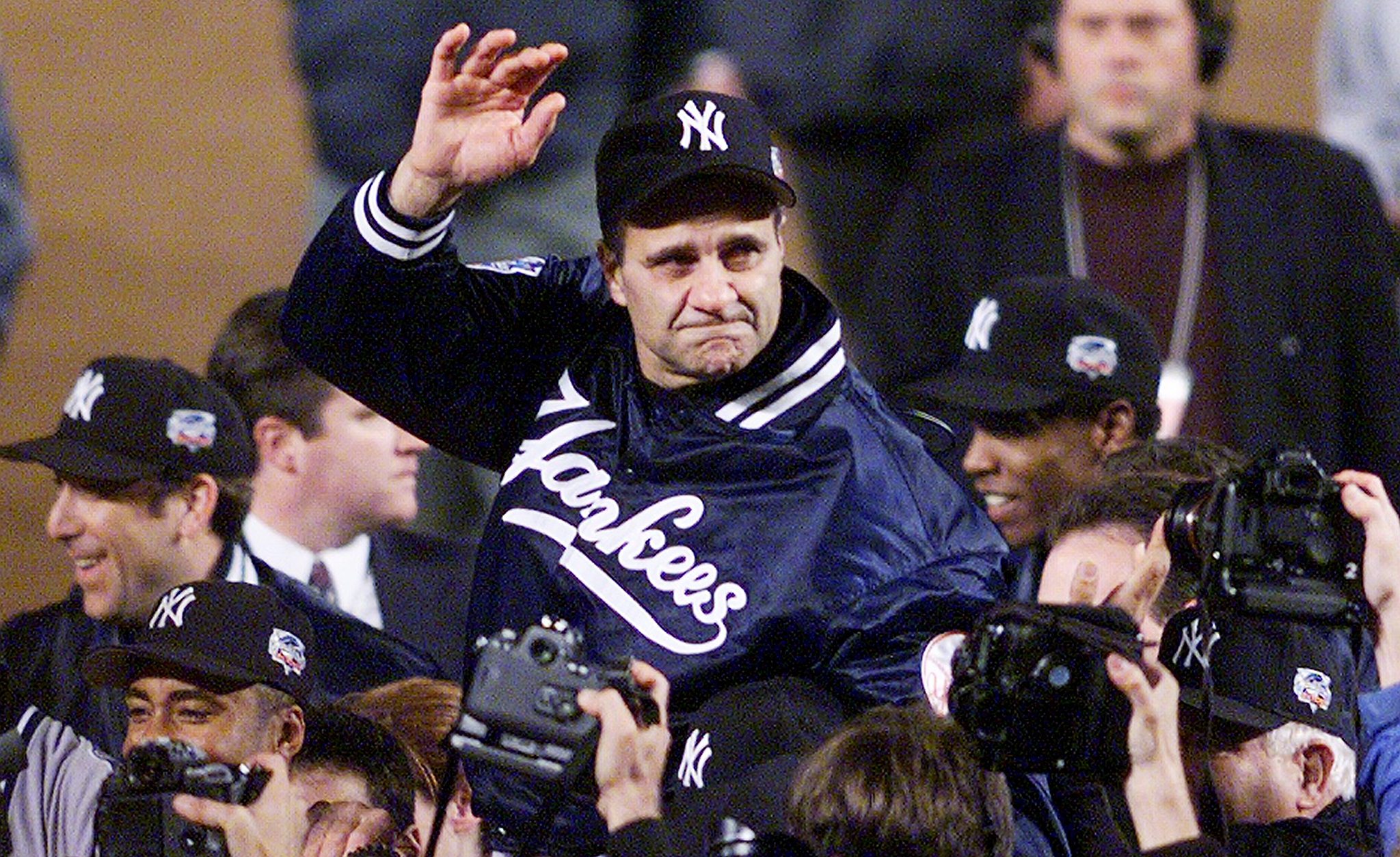 Torre had a borderline Hall of Fame playing career. Over the course of 18 seasons, he earned nine All-Star appearances and finished with a .297 batting average. Torre won the NL MVP in 1971 with a ridiculous .363 average and 137 RBI’s. However, Torre is better known for what he did in the dugout than on the field…mainly with the New York Yankees.

After less-than-succcessful stints with the New York Mets, Atlanta Braves and St. Louis Cardinals in 14 seasons between 1977-1995, Torre was hired on by the Yankees prior to the 1996 season. At that time, the always confrontational New York media questioned the decision to bring on a washed-up manager. Within one season, the Yankees were World Champions for the first time since 1978. Torre went on to lead the Yankees to the title four times in his first five years with the team.

“Clueless Joe,” really? With 2,000 career hits, 200 career home runs, 2,000 career MLB wins as a manager and six World Series appearances, Torre’s success as both a player and a manager is nearly unmatched. It was, however, that first World Series title in 1996 that marks the greatest moment of his long career. 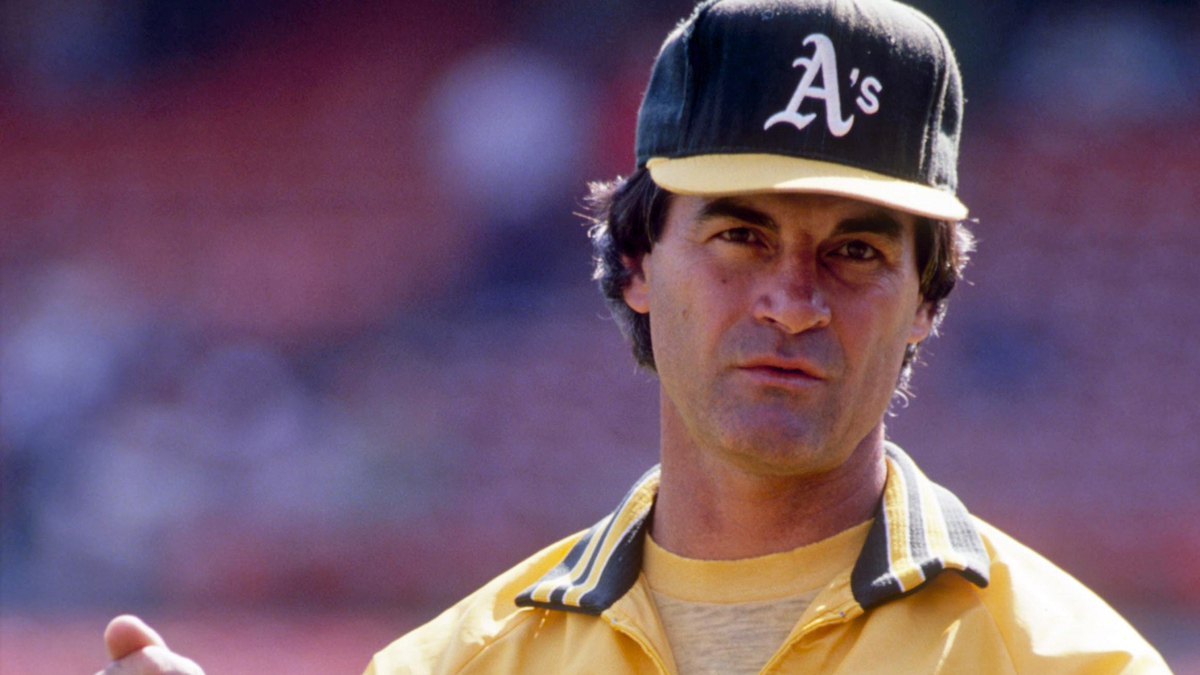 Courtesy of CSN Bay Area: La Russa made six appearances in the World Series as a manager.

Much like Cox and Torre, this long time manager didn’t have success out of the gate. In eight seasons as the Chicago White Sox manager from 1979-196, La Russa won the division one time and finished just 12 games over .500. So when he took over an Oakland Athletics team that hadn’t finished over .500 in the five seasons before he took over, it seemed like we were going to see much of the same. La Russa took over midway through the 1986 season and made his impact known immediately. Oakland finished that campaign 45-34 after going 31-52 prior to his arrival. It was a sign of things to come.

La Russa earned four division titles and three trips to the World Series in nine-plus seasons in Oakland. After parting ways following a disastrous 1995 campaign, La Russa caught on with the St. Louis Cardinals and ended up leading them to three World Series appearances and two championships in 16 seasons.

Despite all this success, La Russa’s shining moment has to be when Oakland swept the San Francisco Giants in the 1989 World Series.

Like all first’s this one was special for La Russa. However, it was so much more important than your normal World Series championship. Prior to Game 3 of the 1989 World Series, the San Francisco Bay Area suffered a disastrous earthquake that cost the lives of dozens of people. It took place minutes prior to the first pitch at Candlestick. After a near two-week delay in the series, Oakland came back and won the final two games for the sweep. Overall, it outscored the Giants 32-14 in the four game set. La Russa has since indicated that this was one of the best teams in the history of baseball.