With the trade deadline a month away, MLB trade rumors are being propagated like hotcakes at your local IHOP.

While we will certainly hear more rumors in the coming weeks, what are the best MLB trade rumors that we know of right now?

We aren’t used to seeing the New York Yankees as sellers. The Bronx Bombers are not only potential sellers in 2016, but perhaps the biggest sellers on the market. Plenty of contenders are looking for late inning relief help and New York has plenty of that.

The majority of the attention seems centered around Aroldis Chapman and Andrew Miller. Given his pending free agency, Chapman is the most natural trade target. Miller is under contract through 2018, and as such he has value to the Yankees beyond this year. But because of that contract, Miller is the guy who could bring in the biggest return.

Dellin Betances is a more interesting player to speculate on. Any team he goes to would have his rights through 2019. Because of that, he may not be a guy that the Yanks would want to move. On the other hand, Betances is about to enter his arbitration years and rest assured, he will not be cheap. While the Yankees are generally willing to spend money, that may make Betances more tradeable.

If that happens, they’d be foolish to not trade at least one of those three relievers.

David O’Brien of the Atlanta Journal-Constitution has argued that despite being clear sellers, the Atlanta Braves should keep Julio Teheran. It makes sense. He’s signed through 2019 with a reasonable $12 million option in 2020, which will only put Teheran at 29 years old. So, even if Atlanta’s 2017 is a bad as 2016 has been, Teheran can absolutely be a part of the long-term plans.

But for that very reason, Teheran would generate a huge trade haul for the Braves. Realistically, Teheran would probably generate the biggest haul of any one player potentially on the market this year.

As we learned from ESPN’s Jim Bowden, the Red Sox are interested in Julio Teheran and Arodys Vizcaino.

Red Sox have inquired about both Julio Teheran and Arodys Vizcaino from the Atlanta Braves. However, there is no… https://t.co/1mUiafpuAB

There are very few teams with a farm system good enough to get both Teheran and Vizcaino. Boston is one that just might have the depth to do it.

Atlanta should certainly not be looking to trade either player. But plenty of teams will certainly seek a trade with the Braves. If Atlanta really is closing the door on that trade (as has been implied), then they may be missing out on landing a core group of players that can put the franchise in position to contend in the future.

Given that the Braves’ farm system is not especially strong, selling some of these youngsters has to be strongly considered. 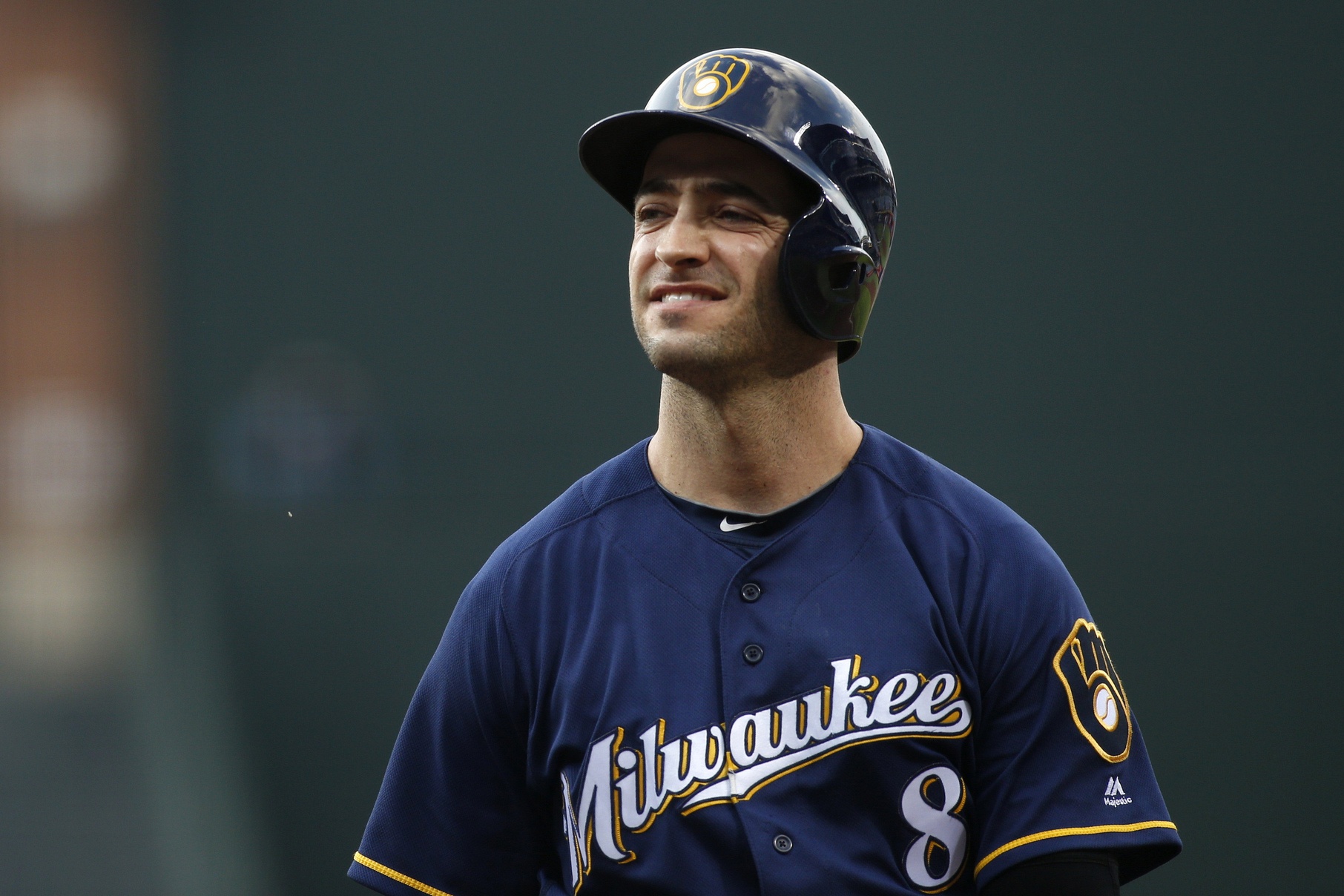 In a recent interview, Milwaukee Brewers owner Mark Attansio told Tom Haudricourt from the Milwaukee Journal-Sentinel that the team was “not actively out shopping” either Ryan Braun or Jonathan Lucroy. That is not terribly surprising.

What is surprising is that in the same interview, Attansio said that there has been “very little” trade talks regarding either star. That doesn’t make a lot of sense.

What contenders couldn't use these numbers? pic.twitter.com/XtL78JPRFu

On top of their brilliant offensive numbers, Braun and Lucroy both play strong defense. Lucroy, a catcher, plays strong defense at a premium position.

It would be one thing for the Brewers to decide they don’t want to trade either one of these players. But Milwaukee is a natural seller at this point. If contending teams don’t at least strongly inquire about these Braun and/or Lucroy, then execs on those teams aren’t doing their jobs.

4. Josh Reddick on the move?

At some point in July, the Oakland Athletics and Josh Reddick are going to revisit contract extension talks. If those don’t go well, the outfielder could well be on the move.

Reddick is a pending free agent. Oakland’s M.O. with pending free agents (especially stars) is to trade them. The A’s are generally not big players in the free agent market, so Billy Beane has traditionally tried to get some value out of his soon-to-be-departed players.

Is that Reddick? Right now, it sure seems that way based on what Susan Slusser of the San Francisco Chronicle wrote recently about a potential deal with the A’s.

“There are zero indications that there has been any progress toward a long-term extension, and the sides appear to be far apart.”

At this moment, smart money says that 2016 will be the end of the road for Reddick in Oakland.

Reddick is set to come off of the DL shortly and was having a great season before his injury, slashing at .322/.394/.466 with five home runs. He also plays Gold Glove caliber defense in right field. Expect those contract talks to be monitored closely throughout the league. If Reddick and the A’s can’t work something out, it adds a very good target for all the buyers out there.

The Dodgers have issues in the outfield, but this team’s problems are deeper than Bruce could solve, even at his best.

Bruce has good pop, but he doesn’t bring much in terms of fielding or base running. Additionally, while Bruce currently sports a respectable .278 batting average and .325 on base percentage, we can’t forget that he was at .222/.288 over the 2014 and 2015 seasons. A slump could come, and if it does, it might be ugly.

On top of all of that, Bruce is not a pitcher. With the loss of Zack Greinke, this team doesn’t have as deep of a starting rotation as it has enjoyed in the past. Plus, even in the Greinke era, Los Angeles was consistently done in by poor relievers. The Dodgers have still not found a consistent bridge to closer Kenley Jansen.