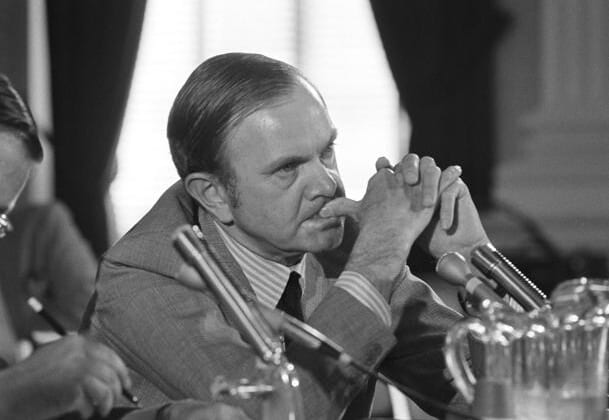 Buffalo Bills owner Ralph Wilson Jr. passed away on Tuesday at the age of 95. He left behind a legacy of winning and success for the Bills organization. More than that, Wilson represented what it means to be an owner for the league and game, not just for one specific franchise. A trendsetter of sorts, his legacy will live on for the ages.

Here are the top-five moments for Ralph Wilson’s Buffalo Bills in his 56-year tenure as their owner.

1. Creation of the Buffalo Bills and the American Football League 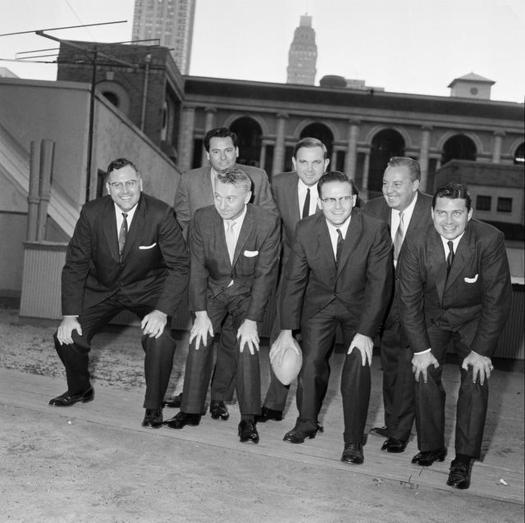 Wilson was one of the founding owners of a league that was set up to compete with the National Football League. Joining Lamar Hunt, who had put in the groundwork for the new league, Wilson opened up business in Buffalo after being turned down in Miami.

He was a minority owner of the Detroit Lions before becoming the founding owner of one of the first AFL franchises. Wilson would end up working in unison with the top owners in the NFL more than a decade later to merge the two entities into one, per NFL.com.

Once a minority owner of the Detroit Lions, Wilson founded the Bills in 1959. They joined the NFL in 1970, a merger that Wilson helped to spark during discussions with the NFL’s Colts.

After struggling out of the gate, with just one winning season in their first three campaigns, Buffalo quickly became one of the top franchises in the American Football League…

Super Bowl XXV against the New York Giants may be the biggest disappointment in the history of the Bills franchise, even to this day. We all know Scott Norwood missing a field goal from 47 yards out with eight seconds left with a chance to win the game. No need to remind Bills fans of that.

The season that led up to their first Super Bowl appearance was absolutely amazing.

Under the leadership of Marv Levy, Buffalo’s offense ranked first in the NFL in scoring at nearly 27 points per game. It put up 30-plus points seven times during the regular season, which was unheard of during that time. The Bills ran all over their AFC East opponents to a tune of a 7-1 record, outscoring them by an average of 24-13 in eight games in route to a 13-3 record and the No. 1 seed in the AFC.

After defeating the Miami Dolphins 44-34 in the divisional round, Buffalo put up the best single-game performance in franchise playoff history. Taking on a Los Angeles Raiders team that finished the regular year with the second-best record in the conference and had revenge on their mind after a 38-24 loss to the Bills in Week 5, Art Shell’s team was coming off an impressive divisional round win over the Cincinnati Bengals.

Unfortunately for the Raiders, they were simply outmatched in this one. Buffalo hung a 51 spot in the Raiders in a 48-point beat-down at Rich Stadium.

Jim Kelly put up 300 passing yards and two scores, as Buffalo put up six touchdowns on offense. It remains the largest playoff win in Buffalo Bills history and the largest margin of defeat in Raiders postseason history.

After losing to the Boston Patriots in their first ever playoff game in 1963, Buffalo turned the corner and became one of the elite teams in the league. It went 12-2 during the 1964 regular season, outscoring it’s opponents by over 11 points per outing. It was a Week 14 matchup against a Patriots team that had defeated the Bills three consecutive times by the combined score of 79-43 that helped turn things around.

The 24-14 win ended up pitting Buffalo against the San Diego Chargers in the league championship game. Lou Saban’s team took care of business against San Diego’s two-headed quarterback tandem Tobin Rote and John Hadl, picking them off three times in the 20-7 victory at old War Memorial Stadium in Buffalo.

Simply known as “The comeback,” Buffalo was forced to take on a high-powered Houston Oilers team without the services of future Hall of Fame quarterback Jim Kelly. Long-time backup Frank Reich was forced into a starting duty, and boy did it start out ugly.

After taking a 28-3 lead into the half, Houston would expand on the lead by virtue of a Bubba McDowell 58-yard interception return early in the third quarter. Now down by 32 points and with their backup quarterback under center, Buffalo seemed to be running completely out of luck.

Reich started playing like a Pro Bowl quarterback, Houston made mistake after mistake and the outcome quickly came into question. In the end, Buffalo forced overtime as Andre Reed put up three fourth quarter touchdown receptions. Steve Christie knocked in a 32-yard field goal in overtime to cap the largest comeback in NFL playoff history.

We may know O.J. more due to his run-in with the laws and the “Trial of the Century” that became one of the biggest pop culture moments of my childhood, but long before that, he was among the most electrifying players in the history of professional football.

Coming off a 1969 season that saw the Bills hit rock bottom by putting up a 1-12-1 record, they needed to make a splash in the draft that spring. And that’s exactly what they did by adding the reigning Heisman Trophy winner from the University of Southern California.

While O.J. struggled through some lean years, mainly because he didn’t see the ball too often for a downtrodden Bills team, he quickly became the face of NFL running backs after the merger. Simpson’s first 1,000-yard season came in 1972, as he put up 1,251 yards and six touchdowns. The following season would see Simpson break the all-time single-season rushing record by putting up over 2,000 rushing yards and 12 touchdowns. While Buffalo didn’t earn a playoff spot that season, it did put up its first winning record since 1966.

Simpson would finish his Bills career with over 10,000 rushing yards, 53 touchdowns and six Pro Bowl appearances. To this day, he is considered one of the all-time greats.

It’s a difficult time for the Buffalo Bills franchise and those close to them. In addition to Ralph Wilson Jr’s passing, Hall of Fame quarterback Jim Kelly is facing the toughest test of his life. We want to send our best wishes to Kelly as he goes through this tough time. You now have a guardian angel watching over you from above.