Following the New York Yankees’ dramatic win from 0-2 down against the Cleveland Indians, the 2017 ALCS is set. In a rematch of the 2015 American League Wild Card Game, the Yankees will take on the Houston Astros for the right to represent the American League in the World Series.

Aaron Judge literally stands above all others in a series filled with stars. But MLB’s most popular player in 2017 needs to produce more on the field or he’ll be watching the World Series from his couch. Houston’s offense is a dominant force. But it will have to overcome a long delay between games, something that’s often easier said than done.

With the ALCS set, these are the main storylines to follow. 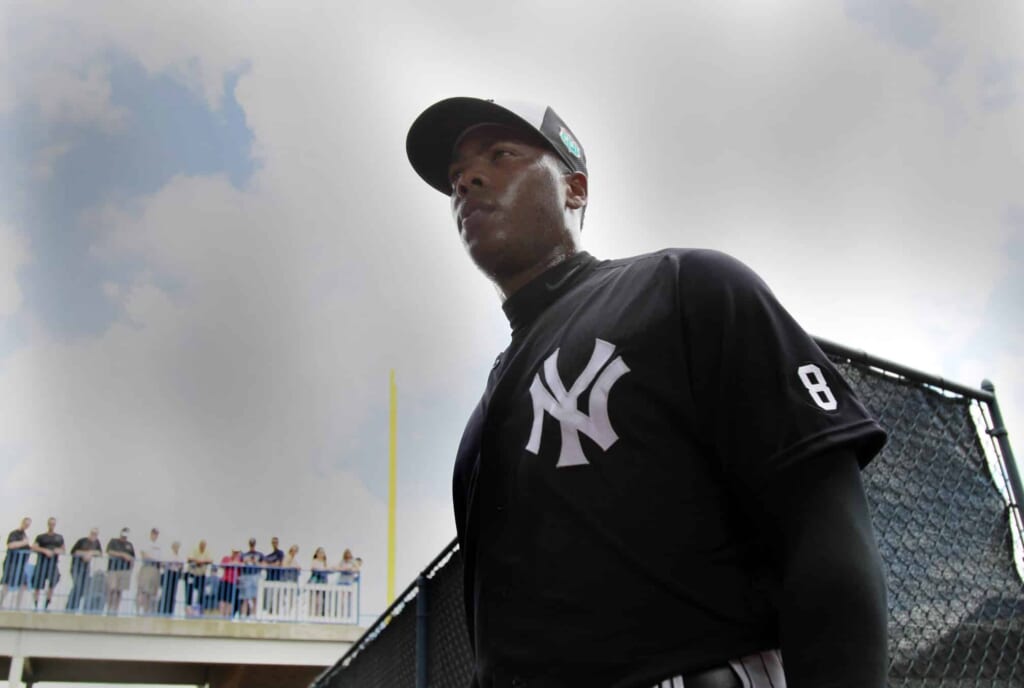 As the series progresses, the health of both bullpens will be a dominant storyline. But given that the Astros clinched their ALDS victory over the Boston Red Sox on Monday, we can assume that their bullpen will be fairly well rested. With only one day off after defeating the Indians and having to go the final 4.2 innings, we can’t say the same thing about New York’s, which yielded zero runs and struck out 15 batters in 8.2 innings during its comeback against Cleveland.

All playoff teams have used their bullpens quite liberally this postseason. As we get deeper into the playoffs, it’s only fair to wonder how well those arms will hold up, especially for the teams with very few rest days.

We’ll find out how good this bullpen is early on.

Houston has one of the deepest, most dangerous lineups in baseball. If the Yankees relievers are feeling fatigued, expect an absolutely lethal lineup to be quite punishing. 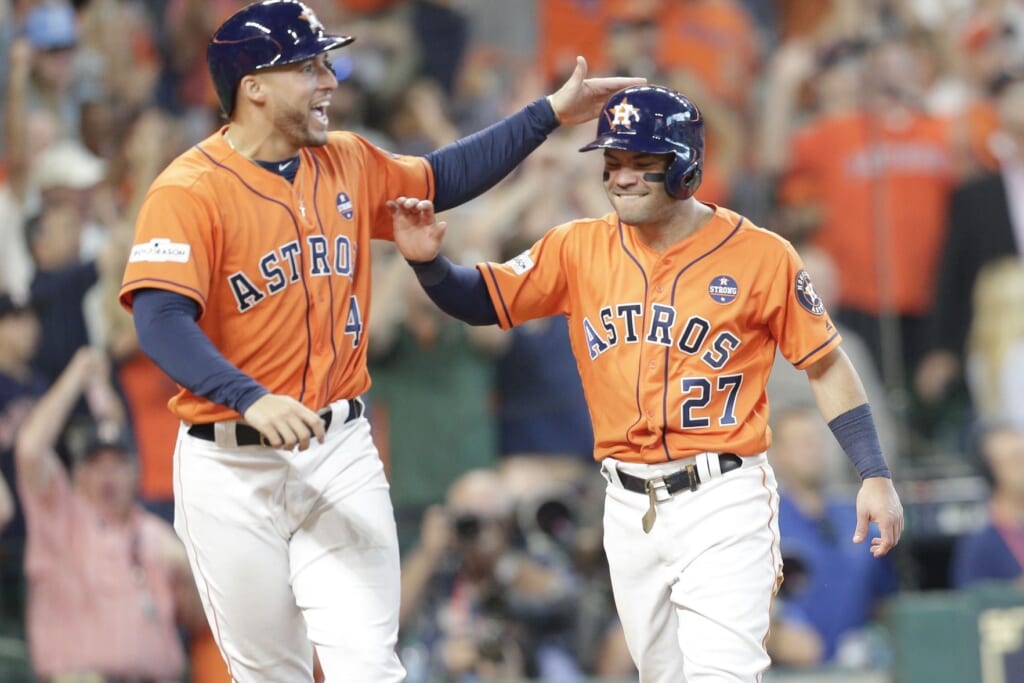 Oftentimes, teams that clinch a playoff series early struggle to get going in their next one. It makes sense. Baseball players are creatures of habit that have been playing essentially every day for more than six months. Sitting around for three days can have negative consequences.

The Astros have to hope that will not happen.

Statistically, Houston’s hitters could hardly be entering this ALCS hotter. Jose Altuve, Yulieski Gourriel, George Springer, Carlos Beltran, Evan Gattis and Josh Reddick all hit .375 or better against the Red Sox. All had an OBP at .444 or better, and all except Reddick slugged at .600 or better. We also can’t forget about Carlos Correa and Alex Bregman, who didn’t have the impressive slash lines but each homered twice in the ALDS.

If rust is a factor, all bets are off. If the Astros hitters can shake off that rust, though, all that we can do is wish the Yankees’ pitchers luck.

Because if the Yankees are going to get to the 2017 World Series, they’ll have to reverse another.

Dating back to 2007, the team with home-field advantage is 8-2 in the ALCS. The only two teams to win without home field were the Detroit Tigers against New York in 2012, and the Kansas City Royals against the Baltimore Orioles in 2014. Interestingly enough, both of those were sweeps.

When the series gets to the Bronx, we like the Yankees’ chances. At 51-30, New York had the best home record in the American League during the regular season and are 3-0 in the playoffs.

But to win the series, they’ll have to win one in Houston. In addition to winning their two home postseason games, the Astros boasted a 48-33 record at home during the regular season. Winning at Minute Maid Park will be a sizable challenge.

Will the real Aaron Judge please stand up? 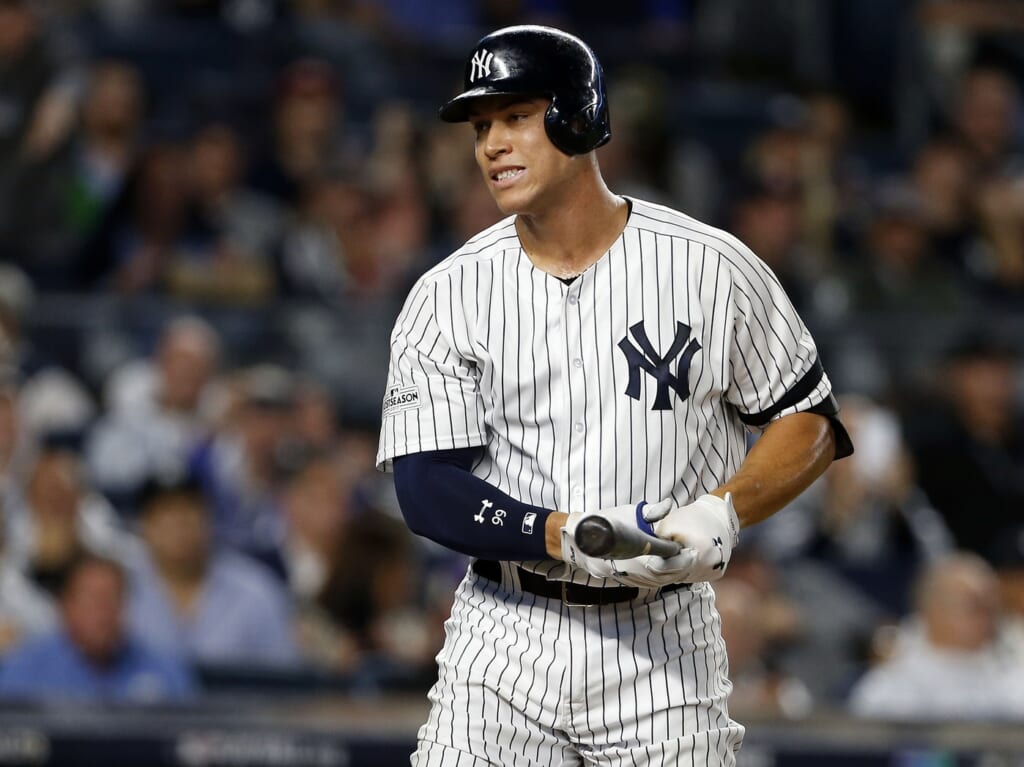 While he’s a rookie, we’ve seen enough of Judge to know what he brings to the table. He hits for good power, and strikes out a lot. But in the ALDS, he literally took striking out a lot to a new level. He struck out 16 times in the ALDS, which represents a MLB postseason series record.

Mind you, that’s a five-game series. He struck out more in this one than any other player has in a six or seven-game series.

Now, to a degree, that’s still par for the course with Judge. The strikeouts are part of the deal with him.

What are the chances that his team will overcome numbers like that in consecutive series? The man who might be the American League MVP and will certainly be the league’s Rookie of the Year really needs to turn it around against the Astros.

New York’s offense is impressive. But without Judge producing, outslugging Houston will be kind of like winning the 100-meter dash in work boots. It will technically be possible, but not exactly realistic.

To some extent, Houston has already made some baseball history. When the Astros defeated the Red Sox in the ALDS, they became only the second franchise to earn a spot in the League Championship Series in both the American and National Leagues. Previously, only the Milwaukee Brewers had done that.

Should Houston advance to the Fall Classic, it would be the only franchise to represent each league in the World Series. Representing the National League, the Astros reached and lost the 2005 World Series against the Chicago White Sox. Under the current alignment, Milwaukee is the only other organization that could accomplish this.

Should the Astros win the ALCS, keep this factoid mind. It will make the 2017 World Series relevant in bar trivia settings for a long time.

Admittedly, it seems somewhat ridiculous to nitpick the performance of the man who likely would have been the ALDS MVP if such an award was given.

But while Gregorius came through with two big home runs, the overall consistency wasn’t there throughout the series.

Now, he certainly gave us some positives to draw from. Hitting two home runs in a winner-take-all game is extraordinary. But for four of the five games, he didn’t produce that much. Beating Houston will require a more consistent effort from New York’s No. 3 hitter. 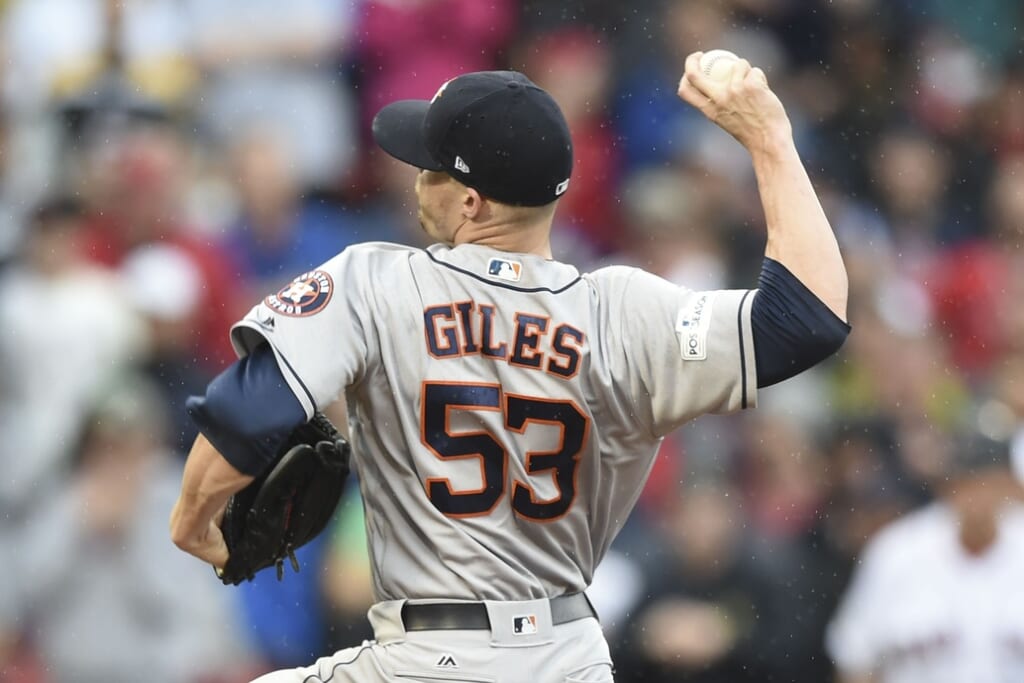 The Houston bullpen has a lot of talent. But it was one of the question marks surrounding the team entering the playoffs. Those concerns weren’t exactly alleviated in the ALDS.

Against the Red Sox, the Astros relievers put up a 5.51 ERA. Sure, some of that can be attributed to a small sample size and at least one of the nine earned runs allowed came late in a blowout game.

That needs to be mentioned, but so does this. The Boston lineup that the Houston bullpen faced in the ALDS was nowhere near as potent as the New York group that it will deal with in the ALCS.

Again, it’s a bullpen with immensely talented pitchers. But as we get into the late innings of close games, there’s certainly reason to be nervous if you’re pulling for the Astros.

Can the New York starters pull their weight?

In the ALDS, this was a definitive yes.

Joe Girardi has relied heavily on his bullpen. But starting pitching is still an integral part of the game. All of the bullpen advantages that the (well rested) Yankees will have over the Astros are flipped when we focus on the starting pitchers.

Houston will start the ALCS with Dallas Keuchel and Justin Verlander. All things considered, that’s a solid 1-2 punch. New York, on the other hand, has a rotation with some questions. C.C. Sabathia had a solid ALDS performance. But we can’t expect him to be available before Game 3.

Sonny Gray did not pitch well in Game 1. Luis Severino was great in the ALDS, but terrible in the Wild Card Game. Masahiro Tanaka was great in the ALDS, as well. But he was wildly inconsistent all year. Do the Yankees really feel great with this trio taking the ball in Games 1-3? Remember, this team has to win a game in Houston. If the Astros rock the New York starters in Games 1 and 2, the Yankees will again find themselves facing a massive mountain to clumb.