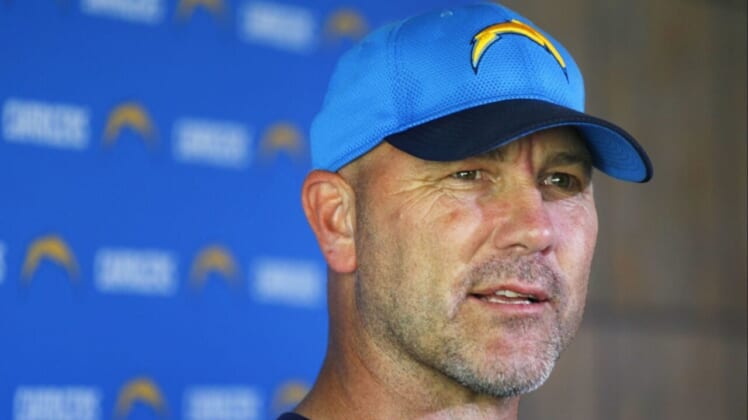 The Raiders defense needs a large overhaul and after the midseason firing of Paul Guenther, it’s time for the team to pick who will be the leader going forward.

In what has become a familiar trend for the Raiders, the 2020 NFL season was yet again another display of a team whose strong offense could not overcome the weak play of the defense. The Raiders allowed 29.9 points-per-game, good for third-worst in the league, and on multiple occasions gave up game-winning drives that were all too easy. That’s why Jon Gruden is on a fast-track to hire a new Raiders defensive coordinator perhaps as early as next week.

Every level of the defense could use work from the defensive line to the secondary and whatever coach does end up getting the job will have their hands full. The Raiders were bottom five in both sacks as well as takeaways and these are issues that are going to need to be addressed.

Despite the Raiders win in Denver on Sunday, the work to get the team where it needs to be in order to make a championship run must start on the defense.

It’s not all bad news as the incoming Raiders defensive coordinator will have some pieces to work with. The Raiders have made shoring up their defense a priority over the past few seasons and used high draft picks and large free-agent contracts to acquire players such as Clelin Ferrell, Johnathan Abram, Corey Littleton, Nick Kwiatkoski, and Maliek Collins. The issue is that few of these high-profile moves have worked the way the team intended them to, with the results ranging from moderately successful to downright terrible.

“We would like to be a 4-3 outfit….we want to play four bigs if we can,” said Gruden when discussing what the defense might look like under a new coordinator. This commitment to a 4-3 scheme allows recent draft picks Clelin Ferrell and Maxx Crosby to stick in their natural position of defensive end instead of having to potentially line up as an outside linebacker in a 3-4 scheme.

With all that said, these are the five names that have been getting the most buzz when it comes to the job opening:

Bradley has been the defensive coordinator for the Los Angeles Chargers since 2017, but sources close to the situation have confirmed that the Raiders are expected to ask for permission to interview him for the job.

Hiring Bradley would be a reunion as the fifty-four year old was hired by Gruden in 2006 to work for the Tampa Bay Buccaneers where he would eventually be promoted to linebackers coach. He then moved on to work with the Seattle Seahawks as defensive coordinator, where he helped build the dominant “Legion of Boom” defense but left a few years before the group would win a Super Bowl.

After a failed head coaching stint with the Jacksonville Jaguars, Bradley would arrive at his current position as DC for the Chargers. In 2017 his defense allowed just seventeen points per game, the third fewest in the NFL, but by this season that number had risen to 26.6 points per-game, good for twenty-third in the league.

Bradley has traditionally adhered by a philosophy of keeping his defensive schemes simply, allowing the players more freedom to make plays on their own. His defenses in the past have been run out of a 4-3 base, with plenty of zone coverage, which would be congruent with Gruden’s outlook.

The moment that Paul Guenther was fired there were Raiders fans calling for Wade Phillips to take his place. Phillips has an impressive resume, having coached in the NFL since the late 1970s and winning a Super Bowl championship in 2015 with the Denver Broncos.

Phillips has traditionally run a 3-4 defense but has made it clear on Twitter that he feels like the transition could be made smoothly.

While Phillips is known for his base 3-4 defense, he is also known as a coach who can maximize individual player abilities by drawing on his forty years of experience to reimagine players in new roles. He also places emphasis on creating turnovers, something that the Raiders have really struggled with in recent years. If he were to come in and take this position he would need to get crafty with his schemes as the secondary has not shown that they have the talent to cause the takeaways expected.

At this point in time, there has not been much public interest on the Raiders’ side of things in terms of bringing in Phillips. While we can’t see what’s going on behind the scenes, we do know that this hire would be one that would be celebrated by the fanbase.

Joe Barry is one of the names getting plenty of print in the press at the moment and for good reason. Barry has plenty of ties to the current regime as he was another coach that was a part of Gruden’s team in Tampa Bay as well as the son-in-law of interim defensive coordinator Rod Marinelli. Considering that Marinelli is expected to stay on as part of the coaching staff, these connections could be helpful in landing the job.

When it comes to football, Barry has most recently been working with the Los Angeles Rams as the linebackers coach, as well as an assistant head coach. In was in this position that he worked with current Raider Corey Littleton, who enjoyed his best season of his career under Barry.

Barry did run a 4-3 system during his time with the Detroit Lions, a time period in which the team did not have much talent and achieved terrible results including that dreaded 0-16 season. It’s hard to put that on Barry as with a team that dysfunctional there is enough blame to go around for everyone.

He did have better results in his next stop as a DC with the Washington Redskins, yet he still couldn’t crack the top half of the league in points or yards allowed.

Despite these struggles, he has proven that he can be an effective coach as the Rams have had one of the more formidable units over the past couple years and Barry has played a role in helping create those.

The third person on this list who worked with Gruden in Tampa Bay, Raheem Morris is a forty-four year old who served as DC for the Atlanta Falcons this season, before taking over as interim head coach at the end of the year.

Morris has previous head coach experience, taking over the role for the Tampa Bay Buccaneers after Gruden was fired in 2009 but it was in 2019 when he was allowed to take over defensive play-calling duties for the Falcons that he started to get a lot of attention.

He managed to take the Falcons defense from one of the weakest units over the first half of the season and turn them into one of the best. They went from the worst defense on third downs, to the best in the league. The Raiders could use some improvement like that.

Morris is big on making life difficult for opposing quarterbacks as he told ESPN’s Vaughn McClure, “You’ve got to him with disguise, you’ve got to get those guys to think a bit.”

Too often this season it was too easy for opposing quarterbacks to pick apart the Raiders’ defense and with Patrick Mahomes and Justin Herbert in the division, creating some chaos could be very helpful.

It was Morris who was the interim head coach when the Falcons destroyed the Raiders 43-6 this year, changing the course of the Raiders’ season. Perhaps that game will help him in the interview process if the Raiders choose to pursue him. Morris is interviewing for head coaching jobs in other markets and it’s hard to see him settling for a coordinator position if he manages to land one of those jobs.

Whomever Gruden hires as the Raiders defensive coordinator, the future of the current team is at stake as the selection will have a big job to do in a short amount of time.