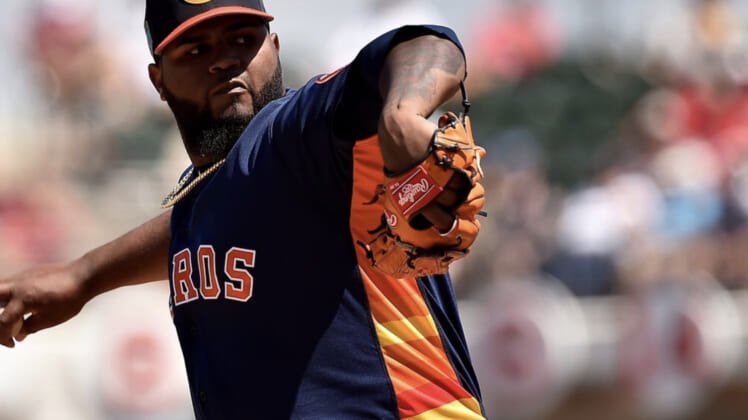 Houston Astros pitching prospect Francis Martes is already sidelined after undergoing Tommy John Surgery. If that’s not bad enough, the 23-year-old Martes will now be a bit lighter in the pocket book.

MLB announced on Tuesday that Martes has been suspended 80 games for violating the league’s ban on performance enhancing drugs (PEDs).

Astros P Francis Martes has received an 80-game suspension without pay after testing positive for clomiphene, a performance-enhancing substance under MLB rules. Its primary use: a treatment for female infertility.

Last season saw Martes post a near 7.00 ERA in five appearances in the minors before being shut down.

Needless to say, Martes will have to come back strong from both the surgery and this suspension to have a chance with Houston’s big league club moving forward.