Top 4 Moments in the Chiefs vs Raiders Rivalry 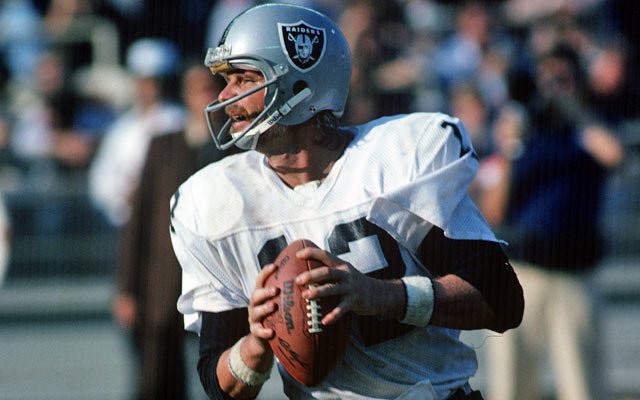 While the Chiefs vs Raiders rivalry isn’t what it used to be thanks to the struggles of the franchise, the history is rich and fans never forget. Here’s a look at four games that highlight the richness of the dislike between the two teams.

The Las Vegas Raiders face off against the defending Super Bowl Champion Kansas City Chiefs this Sunday at Arrowhead Stadium. The Chiefs vs Raiders rivalry has a long history dating back to 1960 when they were a part of the American Football League.

To honor this great rivalry we will be looking at the top four moments in Chiefs vs Raiders history. This rivalry has swung back and forth, and while Patrick Mahomes and the Chiefs have done more as of late, the Raiders have plenty of great wins to look back upon.

The two teams would finish the 1968 season with identical 12-2 records which meant that there would be a playoff game for the right to play the New York Jets in the AFL Championship game.

Quarterback Daryle “The Mad Bomber” Lamonica led a high-powered Raiders offense that would end up dropping 41 points on Kansas City. The game was never close and while pre-game the vaunted Chiefs offense was expected to keep up with the Raiders, in reality, they only managed to score six points of their own.

This game marks the largest margin of victory the Raiders have ever had against the Chiefs and it came at the most opportune of times. It was an early battle that made the Chiefs vs Raiders a more heated rivalry.

The 2014 season was a very forgettable year for Raiders fans. The team got off to a dreadful 0-10 start and heading into Week 12 they had to face a Chiefs team that had won five straight.

The Chiefs vs Raiders would end in the big upset and send the Black Hole into a frenzy and finally give fans something to cheer for in this disastrous season. Charles Woodson would record a sack in this game that would make him the first player in NFL history with fifty interceptions and twenty sacks.

The 2-0 Raiders would visit the 0-2 Chiefs under the bright lights of Monday Night Football. At halftime, the visiting Chiefs would hold a 21-13 lead but the Raiders rushing attack would dominate in the second half to pull off the 37-28 come from behind victory.

Clarence Davis and Mark van Eeghen would each cross the 100 yards rushing mark and the Raiders would win the game despite turning the ball over four times compared to the Chiefs zero.

On December 28th, 2002, the Chiefs vs Raiders would not be a close affair. The Raiders would blank the Chiefs 24-0 in front of 62,000 fans at the Oakland Coliseum. The game was never in doubt as the Raiders rushing attack helped them control the flow of the game and the defence handled the rest.

This game would catapult the Raiders into the playoffs with some momentum which they would use to march all the way to the Super Bowl. This game marked the first time in the historic rivalry that the Raiders had shutout the Chiefs.