Most NFL players are taking time off between minicamp and training camp later this summer. Family vacations. Some rest. It’s in the cards for players in a league that demands a whole heck of a lot physically.

Not New England Patriots quarterback Tom Brady. Sure Brady and his wife enjoy the finer life, but the five-time Super Bowl champion has decided to take to Japan for training. He’s training with star sumo wrestler ozeki Goeido.

“At the urging of Sakaigawa, Brady went into the dohyo ring and engaged in “butsukari geiko” with Goeido, taking turns to push one another from one end of the enclosure to the other,” Kyodo News reported on Thursday. 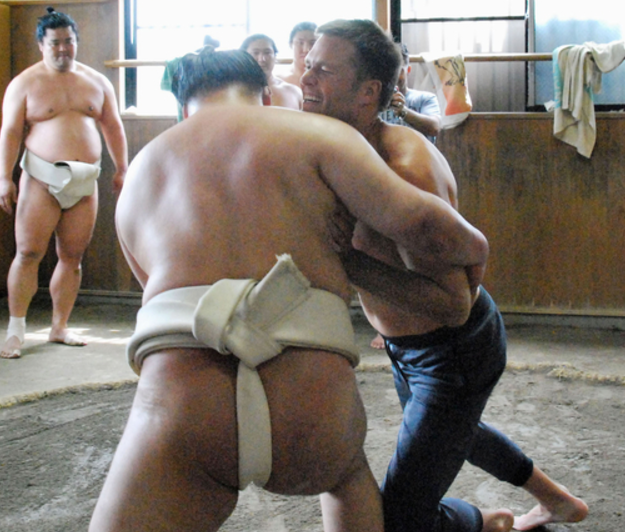 Now, this is a story that writes itself.

There’s a reason why a 39-year-old Brady is still the best quarterback in the NFL. Whether visiting Tokyo to sumo wrestle plays a role in that remains to be seen.

It’s still a rather awesome image.