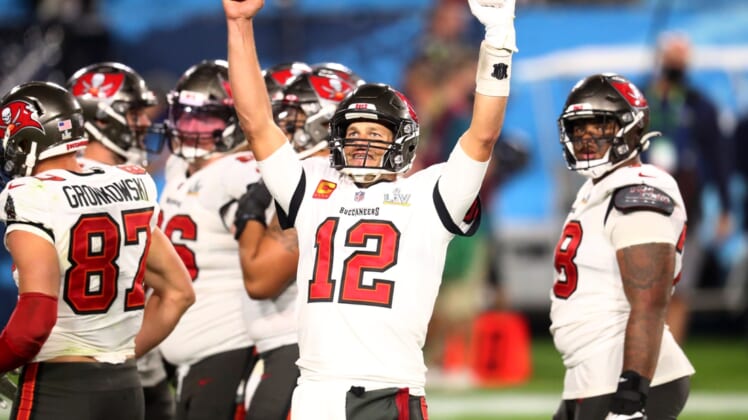 If you had picked up a Tom Brady rookie card back in 2000, there’s no way you would have believed it could make you filthy rich. Twenty-one years and seven Super Bowl titles later, and that’s the case.

According to ESPN, A Tom Brady rookie card from the Playoff Contenders Championship Ticket series netted $1.32 million in an auction on PWCC Marketplace. It’s a record value for a football card.

“I lived in Boston for 10 years and so am a huge fan of Brady,” James Park, who purchased the card, said. “I’ve also had a love of collecting cards since I was a kid. Given Brady’s uncontested status as GOAT in football, this card is an important piece of sports history and of any collection.”

This card surpassed the previous record by $500,000. That was Patrick Mahomes card, which sold for a cool $861,000 back in February, right before Brady’s Tampa Bay Buccaneers defeated the Mahomes-led Chiefs in the Super Bowl.

Once considered a dying entity, the sports card industry has seen a major rebirth over the past couple years. A rare Luka Doncic rookie card sold for a ridiculous $4.6 million just recently. You read that right. Four. Point. Six. Million.

There’s truly a moral to this story. Those of us who collected cards earlier in our lives might want to go through that shoebox again here soon. It could lead to us becoming millionaires. That’s not even hyperbole.

This Tom Brady rookie card adds yet another layer to that.