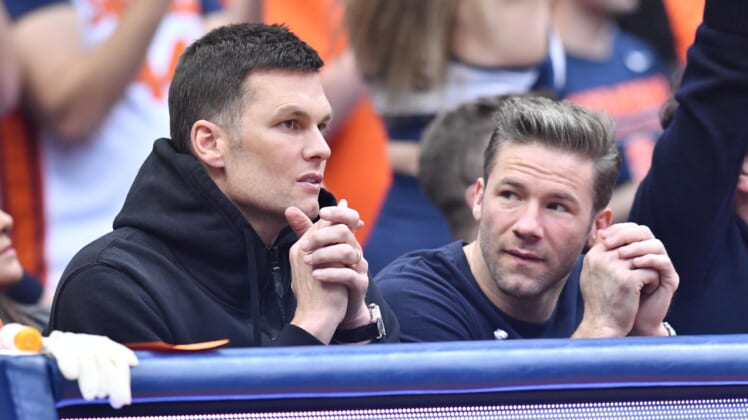 Nobody would blame Tom Brady if his biggest motivation came from proving all his naysayers wrong these days, but he’s not going down that road.

Tom E. Curran of NBC Sports Boston shared an email conversation he had with Brady after he signed with the Tampa Bay Buccaneers this week. He asked Brady if he was motivated by all the “Ain’t gonna work” talk by people discussing his decision to join Tampa Bay was a motivating factor.

Brady responded, saying it’s not the big thing that drives him.

“I’m always motivated to do the best I can do for many reasons,” Brady wrote. “The main motivation I have is the love of the sport and that I want to continue to do something I love to do. It’s not any more difficult than that.”

Famously selected in the sixth round of the 2000 NFL Draft (199th overall), Brady has had a huge chip on his shoulder his entire career. Heck, his brand new production company in Hollywood is called 199 Productions. So it would be foolish to think he’s not using all the naysayers as some motivation even to this day.

However, Curran noted that, for Brady, “The greater motivation may be proving the Bucs right rather than proving the Patriots wrong.”

Speaking on that, Brady told Curran that he’s going to do his best to move on after 20 years in New England without any hard feelings.

“As for the past/present/future, I think one thing we all have ahead of us is ‘one day at a time,’ ” he said. “It’s always hard for us to follow that, but the world has a way of reminding us that we better focus on just that.”

Wise words from the NFL’s GOAT.