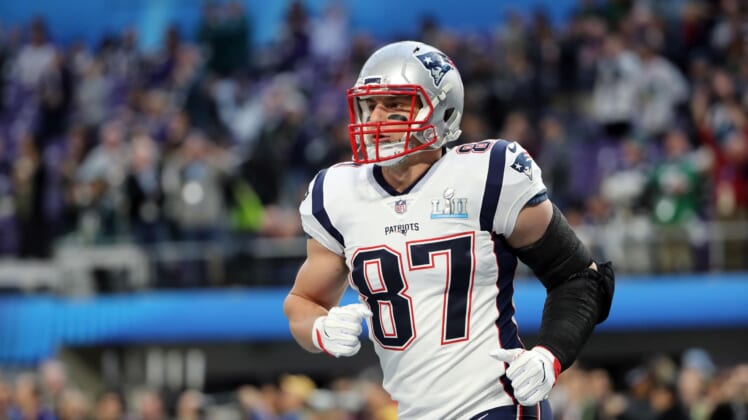 To say that the 2018 season has been frustrating for Rob Gronkowski of the New England Patriots would be an understatement of epic proportions.

Gronk has missed three games due to injury, has tallied just two 100-plus-yard games and hauled in just three touchdowns all year. Honestly, he’s looked old and slow, despite the fact that he’s clearly been fighting to contribute to the best of his ability.

Speaking to reporters on Friday ahead of the final game this regular season, Tom Brady was asked how he’s seen Gronk manage the 2018 season. His response was predictably measured, but it also showed Brady’s fierce loyalty to his teammate.

“For all of us, over the course of 16 weeks, it’s not all going to be perfect,” Brady said, per Phil Perry of NBC Sports Boston. “It very rarely goes…you just breeze through. It’s a challenging, tough grind. Mentally, emotionally you have to be in a good place. Gronk’s fought hard.”

Gronkowski was recently asked whether he has thought about retirement this season, and he said he hasn’t been thinking about it.

Has Rob Gronkowski thought about how long he wants to play?

Gronk: “I haven’t thought about that at all.” pic.twitter.com/Ys6of4MlGb

Given the fact that this year has been such a grind, however, and given the fact that he was definitely thinking about retirement after last year’s Super Bowl, it’s not hard to come to the conclusion that Gronk’s time is up.