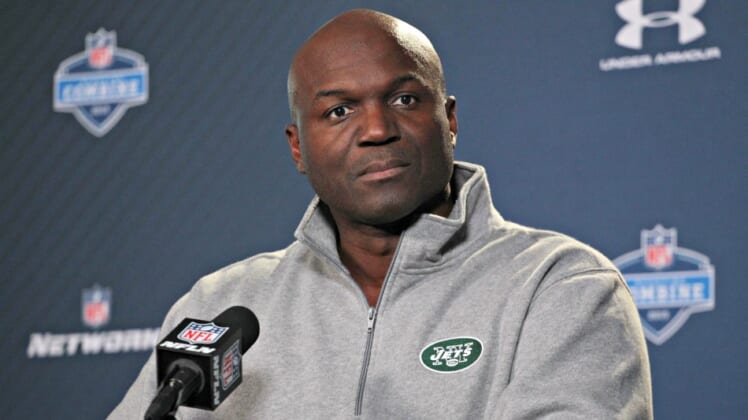 The NFL’s coaching carousel is starting to wind down, and out of the eight vacant head coaching jobs that were available it appears only one minority coach will be hired heading into 2019.

That one is New England Patriots defensive coordinator Brian Flores, who has yet to sign on the bottom line with the Miami Dolphins.

Sources: The #Dolphins have narrowed the focus of their search to #Patriots defensive play-caller Brian Flores as their new head coach. No deal yet, nothing official. But that’s their target.

Recently fired from his previous position as head coach of the New York Jets, Todd Bowles landed in Tampa Bay as the defensive coordinator under Bruce Arians. On Friday he opened up about the league’s struggles hiring minority coaches.

Bowles went on to say that he believes the reason things are trending the way they are now is that every team is looking for the next offensive genius.

“I don’t know if it’s a slap in the face, one way or the other, but that’s just the way the league goes. It’ll switch back and, you know, we’ll see who’s standing when it those things switch back. It could be other guys getting the opportunities.”

Regardless of the why, it’s clear that the Rooney Rule isn’t having the intended effect on coaching vacancies. It’s also clear that there aren’t as many minority offensive coaches getting a shot at these jobs.

As for Bowles’ hope that the NFL swings back again to a more defensive-minded approach, we’re not going to hold our breath. The rules have been systematically altered to benefit offenses and generate scoring for a while now, and it seems that’s just how the league likes it.