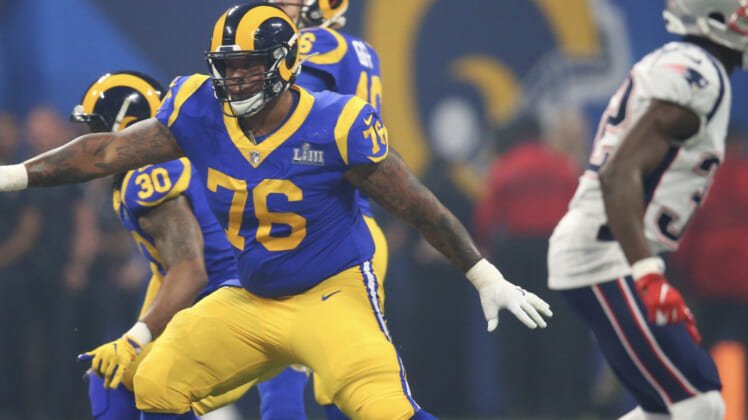 The Tennessee Titans are adding some beef up front for struggling quarterback Marcus Mariota.

According to ESPN’s Adam Schefter, it will come in the form of former Los Angeles Rams guard Rodger Saffold. The deal is said to be worth $44 million over four seasons with $22.5 million guaranteed.

Saffold, 30, is now among the six highest-paid guards in the NFL after a tremendous nine-year career with the Rams.

While he didn’t earn a single Pro Bowl appearance during that span, the veteran acted as a consistent force along the Rams’ offensive line. He started 111 of the 114 games in which he played with the Rams during that span.

Saffold has been a borderline All-Pro performer each of the past two seasons. He graded out as a top-three guard according to Pro Football Focus metrics in 2018. Huge get for the Titans.