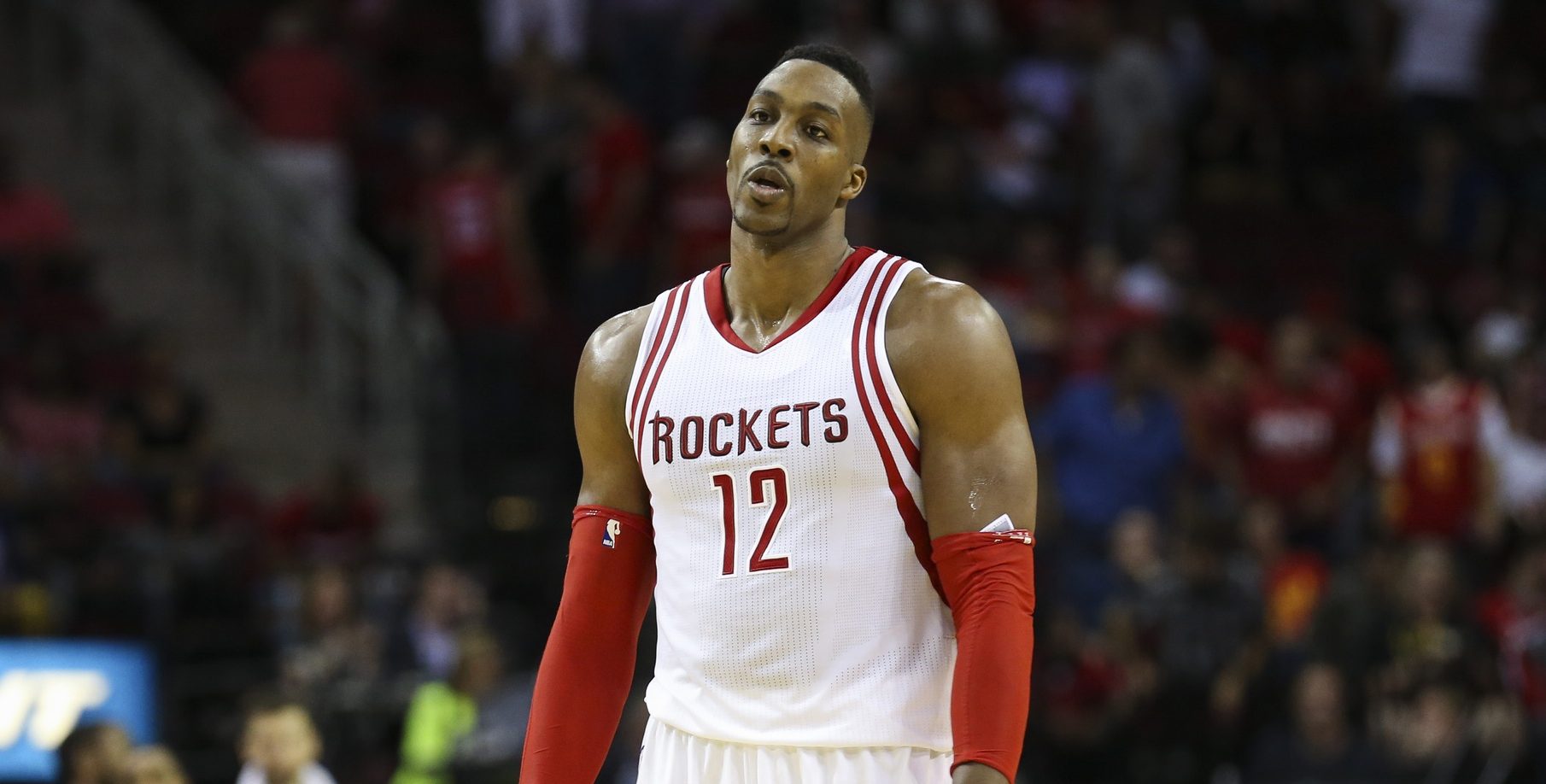 The Houston Rockets were expected to be contenders for the NBA Western Conference title before the 2015-16 season began.

But 26 games in, a 12-14 record is proof that expectations look great on paper, but not always on the court. The Rockets stumbled to a 4-7 start before giving head coach Kevin McHale the boot, replacing him with B.J. Bickerstaff. James Harden has been far below the stellar play that had him neck and neck with Golden State’s Stephen Curry in the league MVP race last season.

Now, according to Chris Sheridan of Sheridanhoops.com, Dwight Howard is unhappy playing second fiddle to Harden, and that the Rockets have been in talks with the Miami Heat about a possible trade involving Howard, in exchange for Hassan Whiteside.

Of course, Howard is denying the rumors that he’s unhappy, per the Houston Chronicle’s Jonathan Feigen, calling the reports “lies”.

True or not, we’ve seen this song-and-dance from Howard before. While playing for the Orlando Magic, he reportedly wanted the team to fire then-coach Stan Van Gundy. He changed his mind several times about being traded until the Magic finally dealt him to the Los Angeles Lakers. While in L.A., Howard found it tough playing with Kobe Bryant.

On top of all that, he’s battled numerous back and knee injuries with each of the three teams he’s played for. Even during the Rockets’ run to the Western Conference finals last season where they lost 4-1 to the Warriors, Howard played in just 41 games because of various knee injuries. After the finals, Howard revealed he had a torn MCL and meniscus during the postseason.

Trading Howard would make the most sense for the Rockets. He’s only averaging eight shots a game, and the Rockets have been limiting his minutes to allow more time for his knee to get healthy. Howard will be eligible for unrestricted free agency next summer.

The Rockets are currently seventh in the Western Conference. But if they continue to stumble, it would be better to work a deal and get something in return for Howard, rather than running the risk of losing him as a free agent.

Where would Howard fit in? Considering his track record for selfishness and wanting to run away when the going gets tough, playing for a playoff contender with an established star would result in the same bad ending.

In theory, a Howard-Dwayne Wade combination would make the Heat quite a challenge for LeBron James and the Cleveland Cavaliers in the Eastern Conference. But Howard would never replace Wade as the top dog in Miami.

Perhaps the best way to cure Howard of his ego problem is to be banished to Philadelphia, where he would be the main star on a pathetic 76ers team. (Ok, maybe that’s a bit extreme).

But Howard will never earn a ring until he puts his team above himself. The Rockets are going nowhere fast, and pinning their hopes on him and Harden to bring home a championship is shaping up to be an experiment gone wrong. As of Tuesday, over 100 players who signed new contracts last summer are eligible for trade. The Rockets have plenty of options between now and the trade deadline to send Howard on his way.