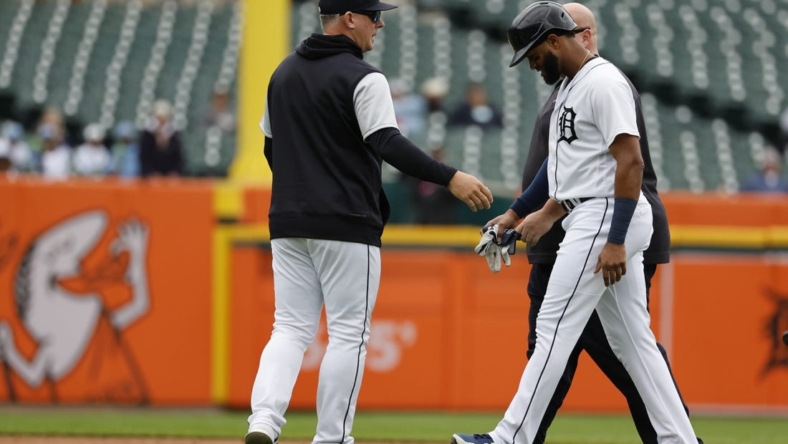 Detroit Tigers manager A.J. Hinch told reporters after Thursday’s 10-3 win over the visiting Kansas City Royals that utility player Willi Castro strained his left hamstring and was likely out for the year.

“We’re going to run out of time,” Hinch said. “… I haven’t talked to him postgame, but those just aren’t injuries that bounce back in a weekend.”

Castro hurt the hamstring while running the bases during the fourth inning and exited the game. Earlier on, he hit his eighth home run of the season in the second inning, the opening blow of the Tigers’ 10-run assault.

Detroit (63-92) has just seven games remaining in the regular season.

Castro finished his fourth season with the Tigers with a .241 batting average, eight homers, 31 RBIs and 47 runs in 112 games. He saw time at designated hitter, second base, third base, shortstop and all three outfield positions.