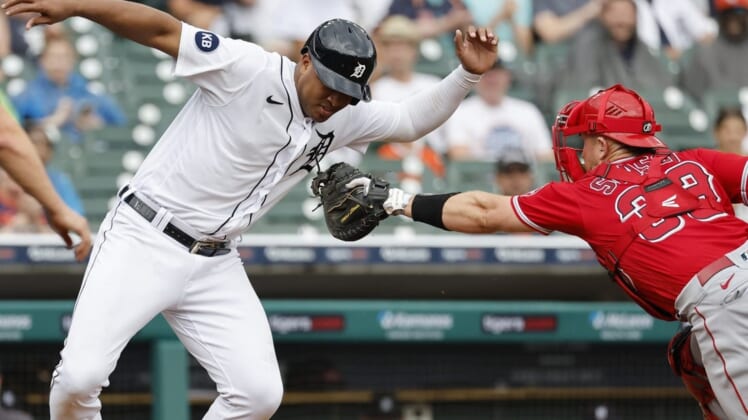 Schoop was trying to score from second base in the second inning on a single to right field by Tucker Barnhart. He tried to avoid the tag by Angels catcher Max Stassi before going to the ground and grabbing his right ankle.

Kody Clemens took over at second base before the start of the third inning.

Clemens, 26, is the son of former pitcher Roger Clemens. He made his major league debut May 31 and was batting .120 with three home runs and nine RBIs in 37 games before entering Saturday’s contest.