Tiger Woods victory would cause historic loss for sportsbook 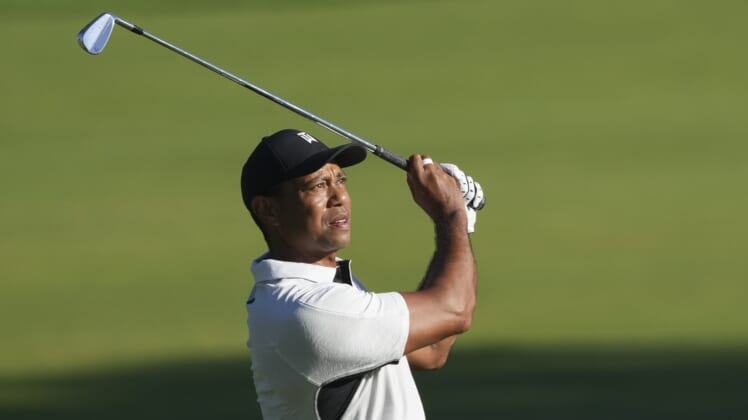 Tiger Woods may be the sentimental fan favorite but the 15-major champion pulling off an unlikely victory at the PGA Championship is a potential nightmare scenario for at least one sportsbook.

“If Tiger were to win, it would be the biggest losing result in BetMGM history,” VP of Trading Jason Scott said Tuesday.

“Tiger missing the cut would be a good outcome for the sportsbook,” Scott said.

Despite his longshot odds and with last month’s Masters his lone PGA Tour event since a single-car accident in February 2021, Woods has been supported by the second-highest amount of money wagered to win at Southern Hills.

World No. 1 Scottie Scheffler and Jon Rahm were the co-favorites at +1200 on Tuesday. Tour rookie Cameron Young, who has three runner-ups this season, is the second-biggest liability at BetMGM with 4.5 percent of the handle backing him at +6600.

Woods has four PGA Championships on his resume, including the last time it was played at Southern Hills in Tulsa, Okla. in 2007. He said he is feeling better as he continues to recover from a serious leg injury sustained in the accident.

“It’s only going to keep getting stronger,” Woods told reporters. “The more I use it, the more strength it gains. Am I ever going to have full mobility? No. Never again. But I’ll be able to get stronger. It’s going to ache, but that’s the way it’s going to be.”